Getting to know you, er, me

Getting to know you, er, me

Hey, contrary to popular opinion, I haven’t run off screaming into the sunset (a la Daffy Duck). Nope, I only managed to contract a vile form of stomach flu or maybe food poisoning that knocked me down for about five days last week.

It was the worst stomach ailment I’ve ever experienced in a life that’s crossed paths with plenty of gastroenteritis over the years.

It was bad. Real bad.

And you know, a year and a half into this marriage thing, I’m still learning how to handle things like living in a house with another person and only one bathroom.

Good times. We made it through the crisis with compassion and humor. Lots of humor.

The good news is, I’m back up and around and able to eat solids again.

Over the past week, I noted a few new commenters on the blog and so I have to stop a moment and say “hi!” and a big thanks to new readers.

I’m coming up on a three year anniversary of this crazy blog (March 17), and slowly but surely the number of visitors is increasing.

Which is amazing. I have much gratitude, thank you!

There was a perplexing comment made on a post from last week, and it got me thinking. Since I was doing a lot of lying around whining most of last week, I had some time to think.

In light of some new folks hanging around, a pending three year blogaversary, and my wading back into blogging after a tough week, I decided a “getting to know me” post might be in order.

My longtime readers may find most of this stuff a retread of what they’ve already learned over the years. But for new readers, this might be a good sort of background to kick things off.

Here we go, some fun facts:

As my bio says, I’m a New Mexico girl who is now living in California. I’ve been in California for about thirteen years now, but still, New Mexico is where I lived the longest. For better or worse, that’s shaped my outlook on life.

I was raised in Albuquerque back in the 70’s and 80’s when Albuquerque was growing, but still had a lot of dirt roads running through town.

Being homesick for New Mexico was the genesis of this blog. That is where it started, but I’ve managed to veer off course quite a bit over the past three years. And I like it!

My favorite color is red. Unless it is purple. Then there is my love affair with orange. And cobalt blue. Man, I love cobalt blue. And black. Can’t go wrong with black. I like bold colors. It’s hard to pick just one.

I’m the youngest child of three, which has definitely skewed my worldview, whether for better or for worse is in the eye of the beholder.

My dad was an engineer, which definitely skewed my worldview.

Growing up, I was deeply and positively affected by the prevailing Hispanic and Native American cultures (my ethnicity was the minority on the playground) of New Mexico. I identify more with the cultures in which I was raised then my own genetic lineage. It makes me happy.

I also grew up “a little bit country,” a fact that makes me proud, and sort of perplexes the people I live and work with in the urban Bay Area (I dropped a “this ain’t my first rodeo” on a conference room full of people, including a VP of manufacturing, in my first year working here. It brought the room to a screeching halt. I rather enjoyed that.)

A long-term relationship had ended badly the year before and being alone again after all that time was disorienting.

After a close call in 2004, in February of 2005 (yesterday, to be exact) my father finally passed away after a valiant fight with a terrible lung disease. My relationship with my dad had been complicated…so this was also disorienting.

Four months later, my best friend from high school died of cancer that had started in her ovaries and ended in her brain. She left an adorable young daughter and a grieving husband behind.

In 2005 I was morbidly obese. Not much more to say on that topic.

However, that summer, after a long talk from a doctor after a regular physical in which the words “you will die” came up a lot, I began to eat better, smaller, healthier, and I exercised as much as my aching joints would allow. Funny what watching someone die will do for your motivation.

The weight started coming off fast. I lost over 100lbs in a year.

In November 2005, I met this guy. A really charming fellow. I may have even chased him around a little bit. Thankfully he let me catch him, and we married in 2008.

The kind of sorrow that rips your guts out, makes you afraid to leave your home, and makes you wonder if you can ever be happy again. Then I learned that surviving it can manage to produce this amazing guy who actually gets your sense of humor and will put up with your sh*t.

Ain’t that a kick?

By the by, I refer to my husband as The Good Man on this blog.

I have a cat. She’s a pain in the ass. She also has one of the best personalities I’ve ever known (human or animal). I try not to be “the cat lady” and blog too much about my pet. Sometimes it can’t be helped.

When I let myself dream, what I most want to be when I grow up is a published writer. I write fiction mostly, but non-fiction too. I have six completed but unpublished novels. I self-published a seventh just to see how the process works. Yes, I have a book on Amazon. It’s actually not that hard to do.

This blog makes me sit down and write every weekday, and has improved my writing skills exponentially over the past three years.

I also love to craft. I make mostly Mexican inspired pieces and I’m not bashful in my love and admiration for The Crafty Chica. It was one of her books that kicked me in the butt and gave me a voice for all the artistic ideas that I had rolling around in my head. A link to my Etsy store is on the left side of the page.

I’m also a very, very amateur photographer. I’ve been taking classes and my technique is improving, but there is a long way to go. I tend to believe more in getting a great shot from the camera and less Photoshop, so that means I’ll likely always languish as an amateur. I weary of all the over corrected and over Photoshopped photos in the world, but that’s just me.

I like pie. Sour cherry mostly, though a good tart key lime runs a close second. Blueberry is nice too.

I’m a brunette. My eyes are a greenish-brown.

This photograph scares me more than you know. (NM’s Governor Richardson)

My favorite author is Larry McMurtry. But my favorite book of all time is “Red Sky at Morning” by Richard Bradford. I read it through again two days ago in my stomachache haze. I love that book. It’s very New Mexico.

I’m very fond of my Fat Baby boots. They make me ridiculously happy.

I am blessed to have a very small selection of very, very good friends. I met my best friend back in 1988. We can never part ways. We know too much dirt about each other. We are the Butch Cassidy and Sundance Kid of New Mexico, only with a lot more green chile.

I like to eat. A lot. Lately, I also like to cook, so that works out nicely.

I am a rabid San Francisco Giants baseball fan, no matter how many times they break my heart. Which has been a lot over the course of a lifetime…..

I like to sing off key and loudly in the confines of my car. I’m not ashamed. Not even when I forget that I left the windows open.

I believe laughter the antidote to most of what ails the world. Sometimes I laugh inappropriately. But I always say, “excuse me” when I do.

I will always laugh at a fart joke. I don’t know why. It’s juvenile and uncouth. I don’t care. Fart jokes are funny. There may have been a few over the past week as a stomach ailment provides a lot of…er…fodder.

I have jury duty this week. I wonder if I’ll get called into service? Sometimes, I secretly wish that I get to be on a jury. I’m wildly fascinated by the justice system.

Ok, well, there’s obviously a lot more to know, but that’s probably more than enough for now. Stick around for a while, if you want. I’m sure I’ll blurt out more embarrassing facts about myself soon.

If you’ve managed to read all the way through this, well, I thank you.

If you have been reading the blog for a while, good to see you again.

If you are new to my brand of writing, welcome. I look forward to getting to know you. 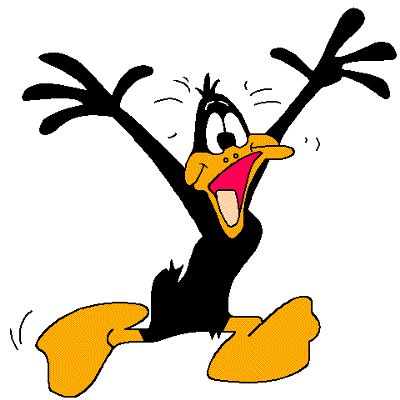