A few weeks ago, one of our beloved Betta fish took ill (as Bettas are wont to do).

At wits end wondering how to help our little female fish through the rough spot, The Good Man consulted with a fairly fish knowledgeable employee at the store where we got the Betta.

Most fish owners will just dump an antibiotic like Tetracycline into the tank and hope for the best. Not knowing exactly what is wrong, we didn’t want to go that route.

The pet store guy recommended something called Betta Revive as a first defense.

It covers a broad spectrum of low-level medications to address a whole host of potential fish illnesses.

One of the main ingredients in this remedy is Methylene blue.

For those a little short on their anti-psychotic knowledge, Methylene blue, also known as Thorazine, became a heavily favored drug for psychiatric use in the 1950’s and 1960’s.

Apparently, it also has an antifungal effect, so is included in the fish remedy to ward off the dreaded Ich.

We got the Betta Revive and made up a fresh batch of water and added the remedy. Predictably, it turned the water a nice shade of medium blue. Pretty much the color of airplane toilet water.

We floated our sick fish in the blue water, changing it daily, for about a week. She’s mostly recovered and is eating again, which is a good sign.

I’m blathering on about blue water to get to a point. It’s coming, don’t lose me now….

Over this past weekend my body decided to avoid the holiday rush and succumb to a nasty early winter cold.

I feel like crap and I’m a little depressed. In an effort to cheer myself up, I took a nice hot bath last night.

While soaking, I thought to myself, “Hey, I wish I had some of the blue water to soak in. I don’t know if what I have is viral or bacterial, so a broad spectrum fix might be just the ticket!”

I mean hell, it’ll make my scales lay down nicely and the Thorazine will help me feel aaallll right about the world.

I asked The Good Man if I could soak in some blue water. Gonna have to get a big container of the stuff, but I’m ready!

He gave me that one-eyed squinty look that says, “I’m just going to nod my head and walk away.” And so he did.

I may be sick, but my creative brain is always working out the angles. Even if The Good Man doesn’t buy into all of my (fabulous) ideas. 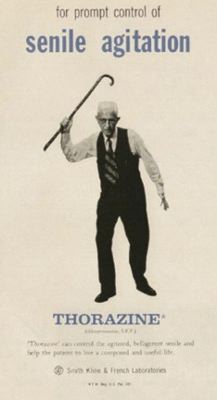