Excuse me, your pettiness is showing

Excuse me, your pettiness is showing

I’m going to take a divergence from my usual frivolity and irreverence here on this blog.

Yup, a departure. I’m instead going to sink below all that and slip right over into immature and really, a bit petty.

But I’ll redeem myself by the end. I promise.

So, last evening I was out and about. I had drinks with a former coworker. A lady who is a friend, a mentor, and someone I respect deeply. It was great to catch up, laugh a little, and have fun.

Later, after we’d parted ways, I wandered over to the ol’ stompin’ grounds located near my former employer. I was looking for a friend I knew would probably be there, having a drink. I was surprised to find not just my buddy, but also a whole group of my former crew from The Company.

These are the folks I worked with, side by side, walking through fire, hand-to-hand combat, and together we had major, major success.

These are some of the best folks, and it was great to see them!

Among those present was a gentleman (using that term loosely) that I worked with pretty closely back in the day. This was quite a few years ago, well before The Good Man.

For the sake of anonymity, let’s call him…Sporto.

Back then, I sorta had a little crush on the guy. Yes, I’ll admit it, I liked ol’ Sporto a lot and might have chased him a little bit. I think he might have liked me a little too, but just a little. He actually liked it better when I was chasing him around.

So of course, I never got any traction there, and eventually gave up.

So last night, there Sporto was, and seemed really happy to see me. He gave me a big hug, a “how *are* you?” and that ol’ charming smile…the one like a ferret about to devour the alligator egg.

After hugs all around the group, we all got a drink and settled around a table. We quickly fell back into our old ways, teasing each other mercilessly and laughing a lot.

At one point, I said to the group something like, “yeah, my husband told me blah blah blah.”

What I said doesn’t matter.

What *does* matter is that when I said the phrase “my husband”, ol’ Sporto’s ears perked up, and he gave me a look like someone had shot his dog.

He caught my eye across the table and mouthed, “You got married?”

I nodded eagerly and held up my ring hand.

And I grinned a Cheshire smile.

Later he caught me aside, “uh…when did you get married? I mean, last time I saw you…you were….”

He left that space empty to imply, “last time I saw you, you were into ME”

I laughed and said, “Yeah, I got married about a year ago, he’s great, we’re having a lot of fun.”

And here’s where I got petty.

I then said to him, concerned hand on his shoulder, “Why do you look so sad?”

He mumbled, “I don’t know…..I guess…..just another good one off the market.”

What I *should* have replied was “YOU HAD YOUR CHANCE, DILLWEED!!”

Here’s where I redeem myself.

What I did reply was, “thanks for saying that…”

He then shuffled off, shot-dog look and shoulder slumped, over to the bar, and ordered another beer.

I went back to my friends and picked up where we left off.

I also *might* have engaged in a small, yet subtle vindication dance. 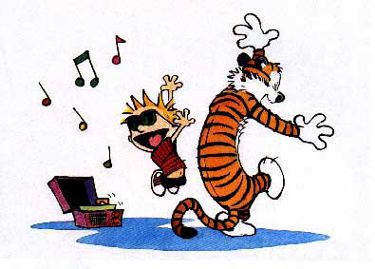