A few years ago, in fact, almost three years back, The Good Man and I joined a book club affiliated with our local library. It was run by a really intelligent librarian who was pretty good at managing the club.

She’d do thorough investigations around the book and its topic and would bring up insightful questions for discussion. The first book we read for the club was “A Confederacy of Dunces.” It was an offbeat choice, and I personally struggled to finish the book.

It took The Good Man and I talking about the story for me to understand it and see if for the bit of brilliance it really is.

The library book club was populated mostly by people over the age of seventy, and they were not especially amused by the book. It was an odd club meeting that night. I was unsure if we should continue on, but decided to give it another chance.

The Good Man and I read the next few books and participated in the book club, and for the most part, we enjoyed it.

Then the librarian chose the book “Three Cups of Tea” for the group to read. A non-fiction choice, this was a pretty wide divergence from where we had been. But ok! The book had great reviews and was quite popular.

So I settled in and read it. And I hated it.

I mean, I get it. I get why everyone is so enraptured by Greg Mortenson. But I personally thought his story was a load of yak crap.

For one, I didn’t like the “how great I am” storytelling style. I’ve often found the greatest people don’t need to resort to that.

And for two, I bristled at the idea of this American man imposing his ideas of education and values on these people. I think building the schools is a good and worthy concept, but then get out of the way.

So I said these things at the book club. Well…that didn’t go over well. One especially nasty elderly woman took issue with me on that sentiment.

I should have just let it go. This nasty woman was also deeply offended at the section of the book where it was described how animal dung is picked up (with their hands! *gasp*) formed into patties and dried to be burned as a source of heat.

But she harrumphed and huffed and informed me that Mr. Mortenson was certainly fit for sainthood (in not those terms, but pretty close).

Well. Seeing all the breaking news this week. It looks like *I* was right. 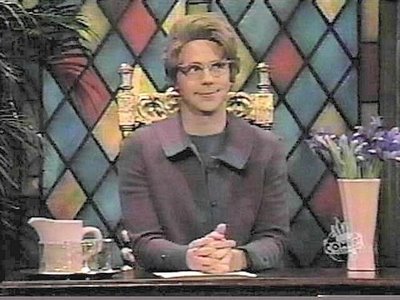 I’m sure that the nasty old woman doesn’t even remember that she was so harumphy at me. But I remember.

The sad news is, after that book club meeting, I was so turned off by the whole thing that I stopped going.

So in the end, she actually won.