The celebration of New Year’s 2011 was an interesting one, at least from my perspective.

It’s no secret that times have been a little rough for the past, oh, three or so years, but on December 31, 2010, there seemed to be a lot of optimism.

The general tone of the tweets, articles and conversations I experienced was that 2010 was over, and expectations were very high for a good 2011.

Even I fell into this category, being as suggestible as I am. It felt SO good to cast off what was, but a most accounts, a crappy year and turn my face to a new year that could hold so much joy, healing and peace.

Wipe the slate clean. Start again. The market is coming up a little. Jobless rate is going down a little. It seemed like more people had jobs and a bit more money to celebrate the holidays.

These are all good trends. Heck yeah, 2011! Bring us something good!

Today, the seventeenth day of January, it feels like folks have become a little impatient.

Where is my something good? Bring it to me already!

The credit card statements are rolling in, and those fun holiday celebrations are demanding they be paid off.

A few more people have jobs, but I can’t see that any more people are particularly happy with their jobs. It is, after all, still called “work”, as much as I’d like to get up in the morning and go to “fun” all day long.

Then there was that horrifying event down in Tuscon which not only ripped apart a community, but also became fodder for the harrumphing heads (<--like a talking head only wind-baggier). The news doesn't seem happier. People don't seem happier. Things are improving, but slowly. This weekend I started looking around at my fellow man and realized something. Everyone is pissed off. There is rudeness abounding, people saying shitty things, and today at the grocery story, something went down between the checker and a customer that ended up being taken outside. At the grocery store. Ay god. Then we came home from the store to see a police car sitting on our block in front of a neighbor's house. What the f--- is going on around here? I'd like to blame my own neighborhood and say "eh, it's just turning bad" but I'm not sure that's it's just happening here. I think people are fed up. Maybe, just maybe, we've put too much pressure on 2011 to be the panacea for all of the residual worries, anger and sadness from the great recession. One month into one year cannot fix all that came before. Maybe let's give both 2011 and each other a break, ok? We've got a lot of days left to go in this year. Who knows what 2011 has up its sleeve for, say, April? Or August? Ya just never know. I still believe in you 2011. You won't let us down. Right? 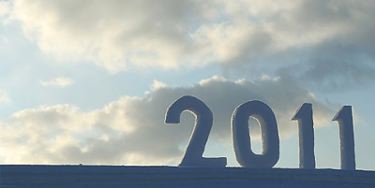