(A conversation between the warring factions in my brain. From about an hour ago.) 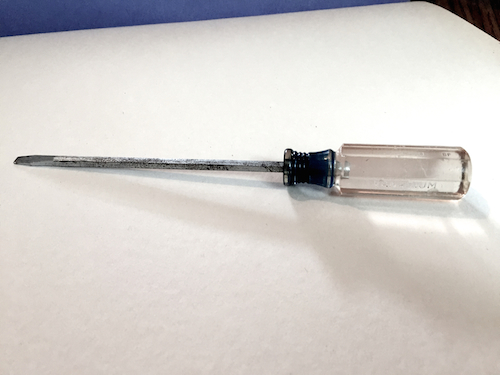 Bingo. Now, why are you holding this in your hand and staring at it so intently?

Because this Sears Craftsman flat head screwdriver is not mine.

Yes. This screwdriver isn’t mine. I mean, I found it in the bottom of my toolbox. I was looking for some electrical tape to repair my iPhone charging cable. Because I’m too cheap to buy a new one.

Yes, I have a toolbox. Mine. And I’ve got some nice tools. Only, I don’t have any Craftsman tools. I’m also too cheap to buy good quality handtools. What, am I building a skyscraper? No. I have never bought a Craftsman tool because I make do with discount store goods.

Except for this screwdriver. My lone Craftsman in a sea of cheapies.

And when I look at this tool, I can tell it’s been used. A lot. It’s not new. It’s scuffed, the handle shows traces of white paint. The tip is scratched to hell and someone has used the base to try to hammer something. 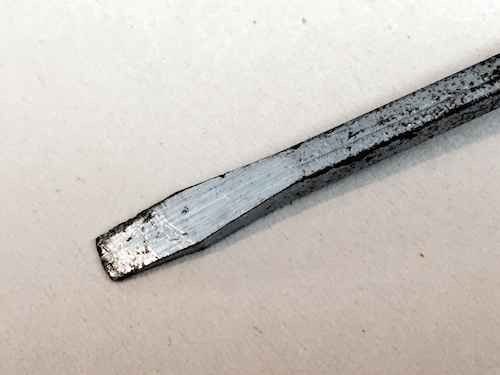 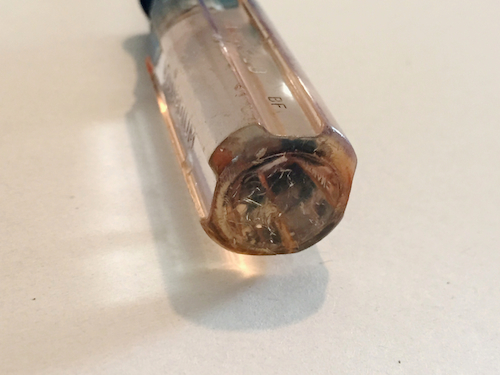 And I just remembered where I got this Sears Craftsman flat head screwdriver.

I stole it from my father.

Okay, stole is probably too strong a word, but I did lift it from his toolbox and did not return it.

I kind of feel bad about that. He used to get so ticked when his tools didn’t find their way back to his toolbox. Can you blame him?

I wish I could give it back. Only I can’t. He’s been gone for ten years and I’ve been carrying around this stolen property without even knowing I still had it.

But I do. Still have it. Now. Today. In the bottom of my toolbox, nestled next to the electrical tape and a bent hand saw blade. The saw blade is mine. All mine. Cheaply made, hence the wrinkle in the metal.

But that Sears Craftsman flat head screwdriver that came along with me from New Mexico to California. That’s a quality tool. The logo has rubbed off and the metal is a bit rusty. And it’s filled with memories, both good and bad. A lot of memories. So many I got a little lost.

What is Vanadium anyway? It says that word on the handle. Ah it’s a mineral. It’s a fancy word used to make this tool seem important. A simple Sears Craftsman flat head screwdriver. 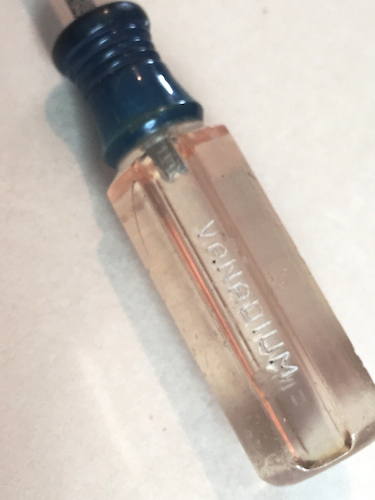 It is kind of important, in its own way.

All photos used are Copyright © 2015 Karen Fayeth and subject to the Creative Commons license in the right column of this page. Shot with an iPhone 6 and the Camera+ app.