So I got to thinking about snakes the other day.

It started with this amazing photograph of a cotton mouth in the damp pine plantations of North Carolina.

Which got me thinking about how much I really, really don’t like snakes. I mean, I’m not out to cause them harm, but I really deeply, profoundly dislike snakes.

Which makes it tricky to be a little ol’ girl from New Mexico raised right smack dab in the middle of all sorts of robust desert wildlife.

By way of example….Scorpions? Ffft. I don’t like ’em but they don’t bother me that much. I dislike spiders but tarantulas don’t bug me terribly. I mean, I stay away, but whatever.

But there’s something about snakes. I don’t care if it’s “just an ol’ harmless bullsnake,” I’m NOT ok.

So this presented some, how would you call it, issues, during my summers spent in the rural paradise of Logan, New Mexico.

Logan, located a bit up and to the right of Tucumcari, is home to Ute Lake. My folks bought a mobile home that had the wheels taken off and it was placed permanently on a concrete pad.

We called this tin tube our “Lake House.” It sounded kind of grand to say that my family had themselves an honest to goodness lake house.

During the hot Albuquerque summers, with three kids bouncing off the walls, my folks would plan a getaway to the lake. We’d usually get to go for at least a week at a time.

It was great to get out of the city and clomp up and down dirt roads. My mom would slacken up the Maternal Grip and let us run around on our own. It was great.

But since where our little house was located was truly rural, no paved roads, open lots, shrubs, tall grass and the guy across the road was a gentleman farmer, this all added up to, you know…snakes.

Many is the day I’d be meandering down the dirt road, my flip-flops both flipping and flopping, and I’d spy the last bit of a snake slithering off into the dry grass. I wouldn’t stop to assess what exactly kind of snake that was, I’d simply take off running.

You gotta know something about me: I’m not a runner. This ample body wasn’t build for speed. I’m more of a cruiser than a racer, ifyouknowwhatImean.

But just the whiff of a snake on the wind and I’d best Carl Lewis in his prime getting back to the house.

So all of this is to lay the groundwork as a positively perpendicular view to the event that has been on my mind.

While visiting The Lake, one of my main daily activities was swimming in said lake. All day, every day it was “mom, when are we going to the water? Mom? Mom? MOOOOM!”

I loved swimming in that lake. Before leaving Albuquerque, Mom would buy us each an inflatable swim mattress at the local K-Mart which was supposed to last the season, or longer if possible.

These vinyl mattresses often fell victim to the vast amount of underwater branches and stuff in the lake.

See…in 1963 a dam was built which created the lake. When the water rose, a lot of trees and underbrush were covered up, making swimming both a skosh dangerous and a little interesting.

In addition, the water in the lake isn’t exactly clear. It’s a nice muddy brown all of the time, so running aground in my hot pink swim mattress because I couldn’t see what was below wasn’t unusual.

So there on a hot summer day in something like the month of August, I was swimming and flopping and splashing and having fun. I was in the water but draped sideways across the mattress, kicking my feet below when suddenly I noticed very small greenish brown snake come swimming by. Like, right at me.

And in my abject fear of snakes, they are all rattlers to me.

I jerked back and got out of its way, but in those three seconds the following things went through my eight year old mind:

What happened next is something I still don’t fully understand.

I reached out, grabbed the hind end of this little snake, and I gave it a fling towards land. I may or may not have screamed “gaaaaghhghhh” as I did so.

Evidently I had a good arm back in the day, cuz I got a pretty good Tim Lincecum whipping action going and that baby snake traveled a good long distance, clearing the ten feet of water and a good eight feet of land. It bounced off the bluff and landed somewhere nearby my mother who was on a towel on shore, reading a book.

So I hysterically informed my mother that I’d slung a snake her way, and she admonished me, but reported that she’d seen the offender slither on up the bluff and disappear into the grass.

The immediate danger was over, but I never could get comfortable again that day.

It wasn’t until later that night that the gravity of the situation really came home to roost. I’d actually touched a freaking snake? Oh. My. Gawd.

Whatever in the world possessed me, I’ll never be able to comprehend. I’d never do it again, I’m fairly sure.

I get an involuntary convulsive shudder just remembering it. 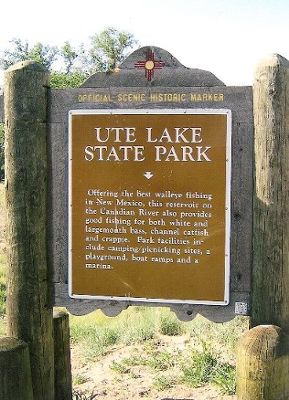