The other day at work, one of the nice ladies I work with took ill. After much discussion, it was decided she needed to head home to rest and recoup, but she felt too woozy to drive.

One of her coworkers, who lives in the same neighborhood, offered to drive the lady home using the sick lady’s own car, and would then take public transit to her own place.

This was a very kind offer!

But when they got to the parking garage, a problem presented itself.

The car in question has a manual transmission, and the good Samaritan had zero idea what to do with all those pedals under the dash.

Turns out, no one in the office knew how to drive a stick (I wasn’t at work that day), so the sick lady ended up driving herself home…which is a shame.

See, I have a few personal arbitrary rules for the world. One of them is that everyone who knows how to drive should know how to drive a manual transmission.

I suppose this is one of those hand-me-downs from my parents. My dad was adamant on this same policy.

His reasoning for this was, “if you can drive a stick, you can drive any car in the world.” My pops was full of beans on a lot of his own personal arbitrary rules for the world (like father like daughter), but I have to back him up on this one.

When each of us three kids learned how to drive, we learned how to drive both an automatic and a stick, much to the groaning agony of the used four-speed everything manual car we all used to learn (if you click, it was like the one in front, only with purple stripes and no sun roof).

That car was pre-hydraulic clutch. I blame this for the freak strength of my left leg.

I realize that most of the cars on the roads today are automatic. I suppose it’s a good thing, it has made driving easier and more accessible for people. But it’s also a sad turn.

When I moved to the Bay Area, I had a 5-speed Jeep. God, I loved that truck. After moving here I fearlessly bombed all around San Francisco in that thing, up and down some of the craziest hills the City has to offer…

…not because I’m cool or daring or anything, mainly because I’m stupid and didn’t plan my routes better. In the first months of life here, the smell of my own burning clutch was like an old friend following me up and down SF roads.

And let me tell you this…if you are at a stop light on a street that just *happens* to also carry a streetcar, and if you *happen* to stop and don’t realize your back tire is on the streetcar rail…well, when the light turns and you hit the gas…the squeeeeing sound is unlike anything you’ve ever known as well as the smell of your tires AND your clutch as they hang on the foggy air. Yes! That is the smell of humiliation to a country mouse in the big town!

Ok, sure. One of the reasons that people don’t want to drive a stick is because of life’s little difficulties just like that.

But I say, the problem solving and gut-it-out reflexes you have to go through to get that car rolling again are valuable life lessons!

Lessons we all can use.

Plus, if you ever want to buy a really fancy sports car, you are good to go.

But once again…I digress… 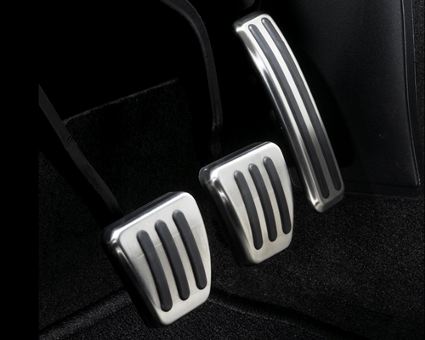