The past couple weeks I’ve participated in the Theme Thursday challenge. A fresh topic is presented each Thursday and over the next week, bloggers interpret the theme.

Cool, right? I sure think so.

The first couple weeks were pretty easy. The words were game and knot and I happily interpreted them in my own way.

This week, the theme word is wheel.

It’s one of those deceptive words. It seems so easy. Simple. Complete. Because it’s so simple and ubiquitous, it actually becomes hard to narrow down a single interpretation of the word wheel and go with that.

Here’s a real time brainstorming session. All the ways wheel speaks to me:

Ferris wheel. Uncle Cliff’s in Albuquerque. I’m kid, waiting in line. That incredible view of the lights of the city when I’m up there at the top and it pauses a moment just to let you sit. Yeah. The smell of cotton candy and corn dogs wafting up. That’s summer.

The Wheel of Fortune Tarot card. Round and round.

The Wheel of Fortune television show. Vanna, pick me a letter.

The wheels on a car. Man are tires expensive. Yesterday it rained like it meant it here in the Bay Area. The first big rain of the season. We drove up to San Francisco, and it became very clear that The Good Man’s car needs tires soon.

The steering wheel. Remembering gripping that big wheel when I learned to drive in my dad’s 1972 Chevy Blazer. Blue. Four wheel drive. I loved that truck.

“Wheel in the sky keeps on turning…” Who did that song? Gonna have to Google it. Oh yeah. Journey. Weirdly, Steve Perry has been in the ballpark during the San Francisco Giants baseball playoffs. The park has been playing “Don’t Stop Believing” and Perry has been leading the singalong. Hell, if Steve Perry is the Lucky Stuff that got us to the World Series, I’ll take it.

Wheels, as used in baseball. Referring to the feet, especially of a fast runner. “Man, that Andres Torres has some wheels! Did you see how fast he got to first base?”

If you say the word wheel to yourself long enough, it starts to sound weird. Wheeeel. Wheeeeeeeeel. Have you seen that Geico commercial with the little piggy going wheee wheee wheee all the way home?

Asleep At The Wheel, what a great band. Saw ’em play live at the Pan Am Center in Las Cruces. Danced my booty off. Fun!

Business lingo: “Let’s not reinvent the wheel.” Though lately that’s been replaced by the equally lame phrase, “Let’s not try to boil the ocean.” Argh! Take your low hanging, wheel inventing, consensus building, suit wearing phrases and stick them in your…. *curse words redacted* for the sake of my mom, who reads my blog.

Ok, I think that’s enough. There’s more where that came from, but ten interpretations of the word wheel is plenty.

And there you have it. 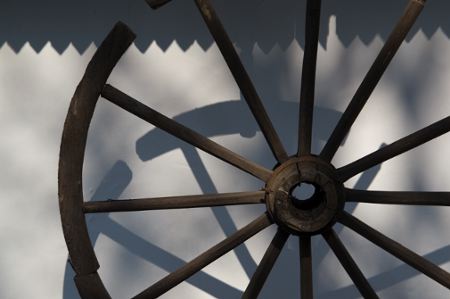 Photo by Tamás Schauermann and provided royalty free via stock.xchng

I have spent the past seven months watching my favorite baseball team, the San Francisco Giants, play incredibly imperfect (some say torturous) baseball.

Oh, I’ve been there.

I knew Tim Lincecum and Pablo Sandoval when they were playing for the farm team San Jose Giants.

Because I’ve been there, too.

And now…oh NOW that the team is getting coverage for making it to the National League Championship Series (NLCS) do all the politics and politicians come out in their shiny suits and gelled up hair to act like they’ve been there all along.

Our playoffs are their political opportunity.

Baseball is not politics! Politics are not baseball!

The two don’t mix because baseball has its own politics, thank you VERY much.

I shall not vote for the lot of you!

There is the whole ongoing kefuffle regarding the BART policeman who shot an allegedly rambunctious BART rider in the back.

The case and the video footage from that day are a highly sensitive and a very concerning issue for the Bay Area for a lot of reasons.

The case went to trial. The jury made a decision. The case is pending sentencing.

So now both sides have decided to take their personal issues to the baseball game by painting banners, attaching them to sailboats and setting sail for McCovey Cove.

You know, McCovey Cove, famous for all the boats, pontoons and kayacks sailing about when Barry Bonds played for the Giants and regularly dunked homeruns in the water?

McCovey Cove, that beautiful body of water that sits next to my beautiful ballpark and helps make it one of the most unique sporting locations in the world.

As the Fox Sports cameras seek out something to focus on as we cut to commercial, the cove is always a favored spot, owing to the beautiful views.

But this week, the cameras take in the “Free Mehserle” or “Justice for Oscar Grant” signs, and our own problems here in the Bay Area take precedence over the baseball game.

It’s a game. Just a game. It’s supposed to be fun.

How about I think about politics and other difficult issues when the season is over, ok? 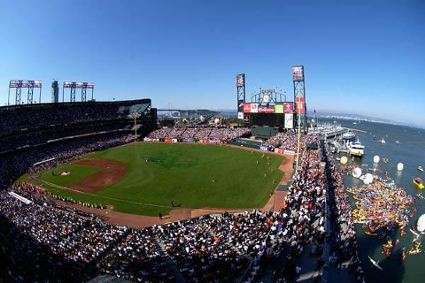 Ok, I’m bouncing back from complete blogger lock up yesterday with the assistance of the idea generator.**

So without further ado, here are the first five things that came to mind while sitting at my desk at work:

Only a small amount, but those few bags of the good stuff make me ridiculously happy.

Honestly, I’m not really supposed to drink coffee. It doesn’t agree with me or my tummy (or my esophagus, actually).

So when I indulge, it better be the ding-dang good stuff.

And this is it.

Served with real half and half and brown sugar, if you please.

3. A bottle of Siberian vodka

Hand carried to The Good Man by our friend who grew up in Siberia and made a visit home to see family. We coddle this one bottle of the good stuff like a colicky baby. It’s deeeelicious. Smooth. Perfect.

Best when sipped straight from the freezer.

Totally addicted. Now…there is a LOT of sugar in there, so I have to limit it to only one or two a week. I could have a smoothie three or four times a day if I’d let myself.

I get twitchy when we are out of frozen fruit. There is a Northwest Triple Berry Mix you can get at Costco that rocks the house. Marion berries, raspberries and blueberries.

5. Several of those blue freezer thingies that you put in an ice chest.

What the hell is that blue stuff made of anyway?

Seriously. I’ve never had one break on me, but I always wonder what sort of biochemical hazard would occur if one of those bad boys was leaked out upon the world.

Hmm…maybe that’s the basis for my new blockbuster screenplay. A truck carrying a load of those blue packs overturns. Through a series of unfortunate events, thousands of the blue packs are burst open.

The blue stuff takes on the world! Freezing things on contact. Sort of “The Blob” meets Medusa meets Outer Limits. 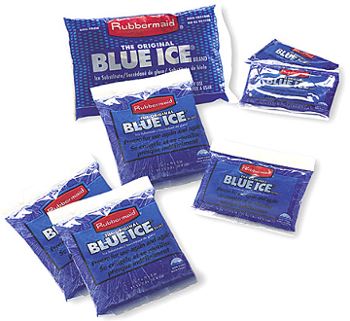 **The idea generator has been pretty maudlin of late. Questions of death and dying, faith, etc. It just wasn’t working for me. I need fun, silly and weird to get The Muse off the couch.

Opening sentence that is witty, sets the tone, or is outlandish. This first paragraph should get the reader’s attention and make them want to read more.

Second paragraph. This one explains about the topic at hand. In most cases this will tell a story, give some background, or provide some research. A wild and wacky childhood story is always useful to make a point.

Third paragraph. This is the life lesson. The what I learned. The what this means to me. The how this should make you feel. Or a shared moment of awe, laughter or a call to action.

Fourth paragraph. Sum it up. Bring it all to a conclusion. Tie up the threads. Make it all make sense.

End with a quote, something profound, or just be silly.

***For something kick ass, check out the National Geographic Photo of the Day titled, West Texas Cowboy.

Someone explain to me why, exactly, these beautiful large windows in my office don’t open?

When I look outside I see a warm fall breeze rustling the trees that grow near the building. I’m only a few floors up, at a perfect height to take FULL advantage of a lovely breeze off the nearby water.

But like some Bubble Boy, I can only look. And yearn.

Recently, the Facilities team made the decision to switch the HVAC system over to heat. This decision was made despite the fact that this “crisp” October day is currently a balmy 65 degrees outside.

To me, this is a perfect day to turn off all heating and cooling devices, throw open the windows and invite Indian Summer to come inside. We can have a glass of iced tea and talk over the affairs of the world in slow and languid tones.

But noooo. I have super double thick unbreakable can’t get through ’em even if you throw a chair at them bird-poop-covered glass windows.

I mean…I’m glad that at least I get to see the outside. I could be in the center of the building with no view to the outside world.

But still. I yearn.

After lunch, when I was a bit hotted up after taking a walk, I switched on the fan in my office. It’s under my desk.

I’m not going to lie to ya, the way that fan is pointed? It’s blowing up my skirt.

Rather refreshing, but it’s no substitute for a nice Fall breeze coming through an open window. 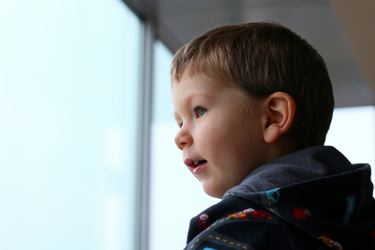