When your livelihood depends upon the whims of Mother Nature

When your livelihood depends upon the whims of Mother Nature

It can be a rough go.

Coming up in New Mexico and especially during my college years I had a lot of friends who made a living working the same land that their own parents had worked. They went to college to learn the ag business with the intent of returning home and taking over the operation. From them I learned to watch the sky because it could make the difference between a good day and a very, very bad day.

I dated a boy in college who had to exit early on one of our early dates because it was a nice dew laden evening and he had to go home and bale hay. (No he wasn’t lying and yes he called me again.) Another boy I saw for a bit stopped coming to town to go dancing for a while because his family had just planted cotton. Then a huge New Mexico frog stranglin’ rain came along and washed all the topsoil (and the seeds) away down the arroyos and out to the Rio Grande.

At a considerable loss to the operation, they had to replant. They never did quite recover from that. To this day he still lives on the land with his wife, raising their kids and I almost hate to ask after him these days because the news is rarely good. I think they declared bankruptcy once and are still struggling to make ends meet.

I remember back then he told me he’d never leave the farming life. It was in his blood. He made good on that promise.

The ABQJournal article “Cold Snap Doesn’t Worry Southern N.M. Farmers” got me thinking about him again.

A recent cold spell with temps down into freezing got folks worried, but it looks like it wasn’t severe enough to damage most Spring plantings. The Doña Ana extension agent they interviewed says some cabbage and pecans were damaged, but nothing too severe.

An old relief washed over me when I heard that. Being a farmer and/or rancher hasn’t gotten any easier over the years and those that can still make it work (and aren’t part of some monolith of an overburdened and questionable morality ag company) get my respect every day of the year and twice on Sundays.

There’s an interesting bit at the end of the article talking about the fact that demand for corn has gone up due to the ever-growing industry producing ethanol. Corn is getting $4 a bushel meaning a lot of farmers are taking land that once grew chile and cotton and converting it to corn. It might just be a boon for these folks. I sure hope so.

The gentleman quoted at the end of the article also just happens to be a friend of mine. Tip of the cap to that family and may their planting decisions be fruitful…. 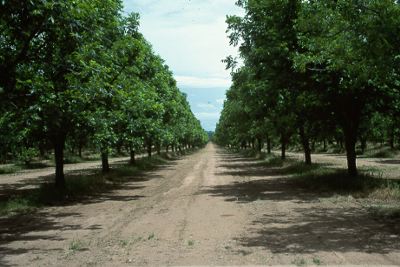