I have a little Sony Cybershot camera (an older version of this one). It’s about five years old and the battery doesn’t hold a charge like it should, but I carry it around in my purse in case photographic opportunities arise. Let me tell you, this little point and shoot has served me well.

I originally bought it to go to Spring Training because it has a zoom feature on it. A little zoom helps get the better shots at something like Spring Training (I now have a 75-300 lens for my big boy camera. Now that’s some zoom!). Over the years I’ve pushed the bounds of what this little silver wonder was made to do, and it’s always stepped up. It does get a little grainy when I zoom all the way out. And doesn’t always zoom as far as I want it to, but that’s ok.

So on Sunday, we had a *gorgeous* Bay Area day, so The Good Man and I met up with some friends in San Francisco’s Marina for some lunch and then a walk in the sun.

We ended up following the path that leads to the Warming Hut at Crissy Field and ends at Fort Point under the Golden Gate Bridge.

As this area is stunningly beautiful, I, of course, brought my trusty little silver friend. Thing is, I’ve already taken a lot of shots in this area, and also, I was feeling like an oddball (which, if you know me, isn’t all that rare) and wanted to take some different shots. Plus, as the youngest of three kids with older siblings who were closer in age, I learned how to entertain my ownself early on.

Here are the four of us taking a break at the Warming Hut. As you know, most people aren’t interested in having their picture taken outright, so this was my sly attempt to capture the group. That’s me on the right. The lazy tired sitting one and we were only about a quarter of the way into our walk… 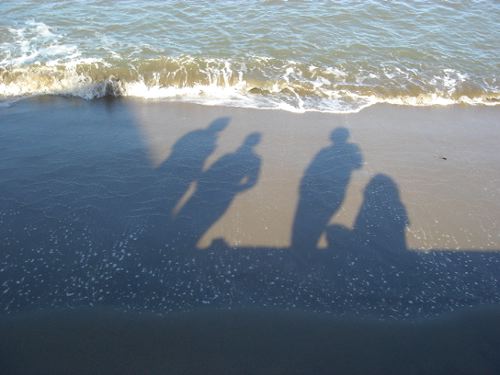 And while we were there drinking water and coffee, there was another gaggle having their own gathering. “Hey, you got something to eat? A brotha sure is hungry……” 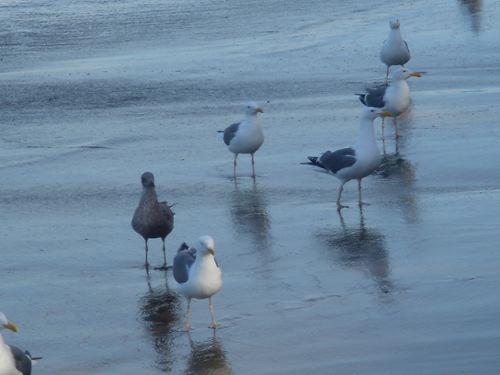 Since they were in shadow, the color is a little off, but you get the idea.

Then we moved along. I pried my heiny off the wall and the walk continued on to Fort Point.

Proof of the truly gorgeous day we had… 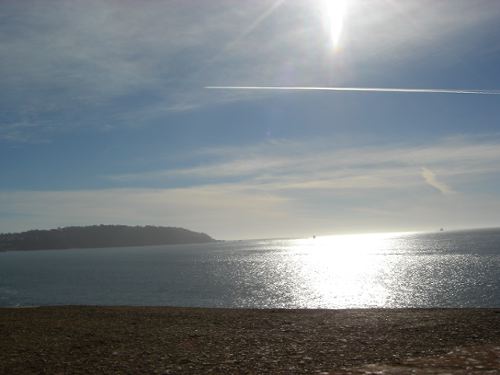 And again, like the yahoolio I am, the “grownups” were having conversation and what was I doing? Dorking around with my camera.

Here is a self-portrait. I like it. I think my hair looks cool. Plus, I’m gratified to see that my nose-grooming regimen appears to be working. It seems to be “all clear” up there… 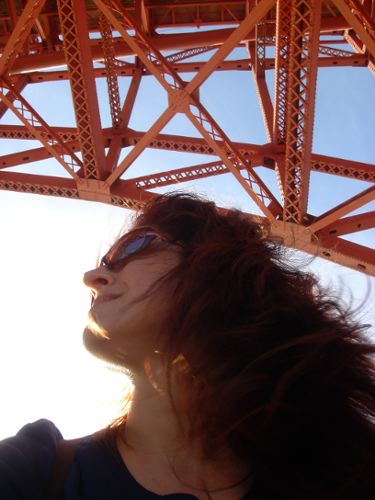 Then after we were kicked out of Fort Point (they were closing for the day) on the walk back we found this handsome guy. He’s a heron and was standing there posing for us like a supermodel. I got a couple shots mainly for my mom who I know is a bird person. Here ya go: 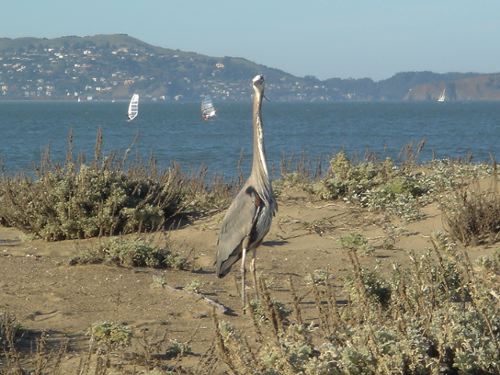 And I then moved slowly to the other side of him and got this one: 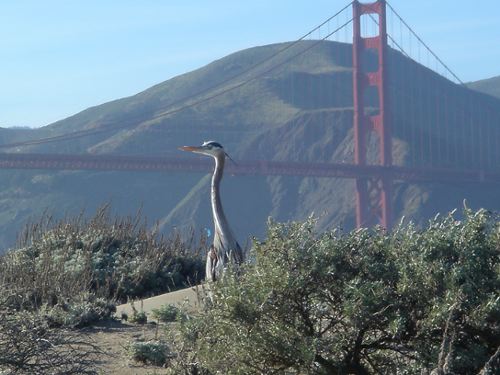 The day ended at Liverpool Lil’s with some more good eats and a tasty (and warming) glass of wine.

And more of me goofing around with my camera.

See, the restrooms had this really amazing warm yellow light. And it also had mirrors on opposing walls and I’ve always loved that tunnel effect it makes. 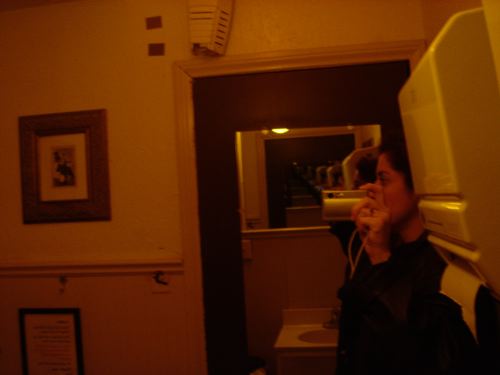 All in, it was a good day. I realize that none of these shots are very illuminating, but they are very me and also remind me of a fun day with good friends. It’s the kind of Sunday we should always have. Easy. Slow. Good eats. Friends.

Ah well, back to the sleep-deprived workday. I do love Daylight Savings but it’s always such an adjustment.

But I was psyched that there was still light at 7:45 last night. Yes!