We three kings of Orient are/bearing gifts we traverse afar

So goes the lyrics of one of my all time favorite holiday songs. I belted it out with gusto during Midnight Mass through most of my formative years.

As the story goes, the Three Wise Men brought gifts of gold, frankincense and myrrh on that first Christmas, thus paving the way for BlueRay players and gift cards and a Red Ryder BB gun.

I always thought gold was the good gift in that stack. Who knows what all that other stuff was? Wasn’t a gift of frankincense and myrrh like getting a fruitcake and an ugly sweater?

Yesterday, I read with interest an article in USA Today discussing how the Boswellia tree, a scraggly tree found mostly in Ethiopia, is facing quite a sharp decline. Like 7% of trees dying off per year and new saplings not maturing into full trees.

Frankincense is the dried sap from a Boswellia tree. Cuts are made into the trunk of the tree (called stripping) and then sap flows to heal the wound. When that sap hardens (called, appropriately enough, tears), the dried frankincense is harvested from the tree and it can be burned or oils extracted for perfume.

The trees are threatened for a couple of reasons, one is that the Ethiopian government has pushed people to relocate from the highlands to the lowlands where the tree is prevalent. This puts pressure on the ecosystem. The highlanders brought cattle with them, and the cows eat saplings. Also, the grasslands are burned to make it easier to get to the trees to collect the frankincense, but that also kills saplings.

In addition, the process of cutting into the trees leaves them vulnerable to attack by longhorn beetles.

Researchers are still trying to understand if climate change is also a concern.

In all, quite a fascinating bit of understanding about that gift from the first Christmas that I’ve so often sung about but not well understood.

Of course, as I read the article I thought “I betcha these trees would grow in New Mexico.” Well sure enough, there is a man in Arizona who is growing and selling Boswellia trees and they seem to do well in Southern California, Florida and parts of Arizona.

It’s too cold here in the Bay Area, but if I was back in New Mexico, I’d totally want to see if I could grow a Boswellia tree. 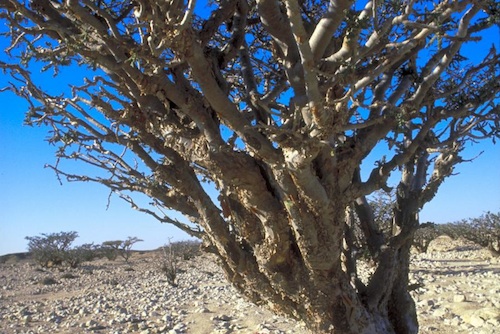 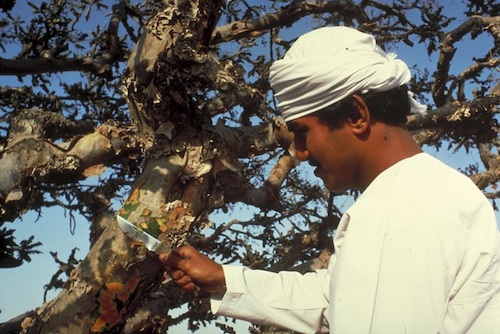 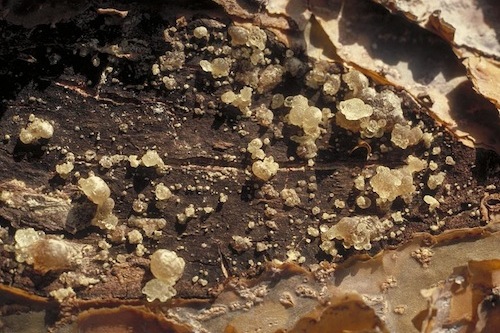 All images from LookLex Encyclopaedia.