“The Western Athletic Conference has issued a warning to all WAC members that any pre-meditated chants that contain vulgar or offensive language will result in a technical foul called against the home team.”

You know what, that fine Aggie tradition of shouting “Nice shot, ass–le” at basketball games dates back to my college years. Like, uh, back to the early 90’s.

I started out this blog post going to rant about the demolition of a tradition. But actually, that crowd chant was pretty juvenile back in ’91 (which was why it was fun), but it’s probably time to move it along to something new. And even more juvenile.

Not sure I buy into a Technical Foul to the home team. That’s an expensive penalty, and how are they supposed to corral their own fans, anyway? I guess when the fans lose a game because of the T, they’ll pipe down.

So ok. It’s lame that the WAC is governing this NOW, some twenty years later. They really should have gotten in front of it back then. I mean, you can *hear* it on television! Seems hard to curb this now. But ok, it’s part of the rules now.

So I’ll let this one go. But I’ll *never* let go of the grand SF Giants fans in the bleachers tradition of “what’s the matter with < insert name of opposing team's outfielder here >??……He’s. A. BUM!” 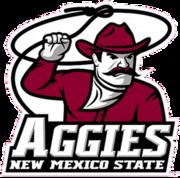