Look at it, isn’t it lovely? It’s own glimmering constellation. A shimmering planet hovering in space, reflecting the rays of light. 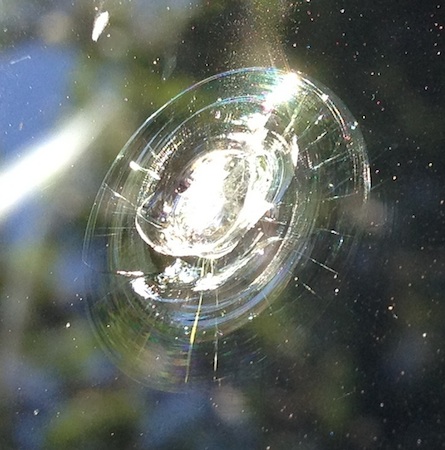 The m-effing new ding in my windshield. This was caused by a rock flung from the tires of a big truck as I drove down 101 yesterday afternoon.

It’s only mildly funny that it happened as I was smack in the middle of a great big yawn. Biiiig sleepy yawn and then *whang*.

And then the curse words. Lots and lots of curse words. A string of expletives befitting a sailor on shore leave.

Because, of course, this window pock is right at my eye level on the driver’s side.

Which means in addition to the other eight thousand things I have to do this week, I now have to deal with my insurance company.

One of my very least favorite things to do. Just above a DMV visit for a new driver’s license and one rung below annual lady physical. 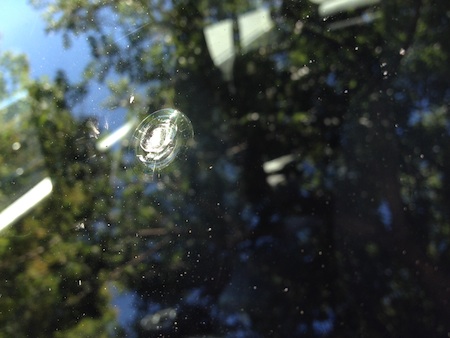 Photos Copyright 2012, Karen Fayeth, and subject to the Creative Commons in the right column of this page. Taken with an iPhone 4s and the Camera+ app.