Requiem for an Artist

Requiem for an Artist

Funny how my heart has softened regarding the injury and subsequent death of Aaron Vigil.

When I first set out to blog about the severe electric shock he received while tagging a PNM substation, I was mad. Indignant. Felt the kid got what he deserved. Wondered how he could be so stupid.

But even as I typed, my thoughts softened. I wondered about this kid. Hoped he would recover and become something better, smarter.

Sadly that’s not to be. Young Aaron died Friday morning.

Contrary to the profile that I assumed must be the case, both mom and dad are in his life, still married, care a whole lot about their son, and are devastated at the loss.

By all accounts from this profile, he was a good kid.

So what leads a good kid to climb a fence to tag a power station thus ending a short life?

This story troubles me. I don’t know why, but I’ve taken it probably a little too much to heart.

I know a little about being tortured by my art. By being plagued by thoughts and ideas until I *had* to get them out on canvas, on watercolor paper, on film, or most often, in a fresh new Word document.

“Family members say they weren’t aware of Aaron’s tagging, which they prefer to call art.”

I can’t. I know that many taggers are amazing artists, but maybe it’s my too conservative upbringing. I can’t call vandalism art. Or maybe I can in some cases, but he climbed up there to write his nickname. A classic tagger gang-style thing to do. The article doesn’t mention any gang ties. Maybe he wasn’t affiliated. The article says he was with two other people who haven’t been identified and haven’t come forward. Maybe they pushed him into it?

Somehow we let this kid down. I can’t chalk it up to “a dumb mistake”. I’ve made lots of dumb mistakes. There is more there, more to know.

If this kid had been given more room to channel his art, would that have changed things?

Somehow I doubt it. There is some piece of this story I’m missing. Some reason I may never know. 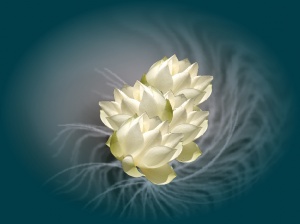