And so, the 2009 baseball season is underway.

The major leaguers started early in the week.

But that’s not where I’m at.

I’m talkin’ about one lowly Single A.

The San Jose Giants kicked off their 142 game season in the Pacific Coast League with their home opener last night.

It was, perhaps, one of the strangest baseball encounters I’ve ever experienced.

And I’ve seen some weird sh*t.

To start with, the weather was was, what the indelicate call “pissing rain”. The not quite raining, not quite not. Just…dribbling.

For my home-squirrels in the 505/575 who come from a place where, when it rains, it means it, this phenomenon may not make sense to you.

Imagine those misters they have at Hooters. Only as big as the sky, unrelenting, and without the desert dryness to evaporate that water.

So it was Hooters misting all night long…and cold…and not very baseball-y weather.

Pretty much, the not really capacity crowd thinned out over the course of the game, leaving only the die hards to carry it to the end.

Which would be both me and The Good Man.

We stepped under cover for the third and fourth innings to indulge in bbq-sauce-up-to-your-ears tasty ribs and came out of there recharged and ready.
When you’ve endured several hours of cold soaking rain, it does something to your brain.

So as most people left, and us weirdos starting losing our minds, it got really fun.

Best moment will take some backstory.

Every game, the San Jose announcer designates a player on the opposing team as the “beer batter”. If the San Jose pitcher strikes out that batter, then beer is half price for the next half inning.

Usually, they end the beer batter promotion in the sixth inning.

So, round about the seventh inning last night…we, the looneys in the crowd decided to dub that same opposing batter the hot chocolate batter (it was freaking cold!). Cheering went up. Someone yelled, “C’mon, daddy needs marshmallows!”

And then, for some reason, in the eighth inning, the announcer played the usual beer batter song and dubbed the guy the ‘apple juice batter of the game, as sponsored by Martinelli’s’. I don’t know if that was a legit promotion, but then all of us started hollering for our apple juice.

As the beer batter stood at the plate, we screamed “aaaaaaaple juuuuuice!” Damnit if that guy just wouldn’t strike out for us! No, he kept foulin’ ’em off! So I yelled “I’ll share mine with you!” No, he wasn’t to be swayed. I even offered to *give* him my apple juice. Considering I was sitting in the third row behind the plate in a nearly empty stadium, I KNOW he heard my offer.

But no, instead of sipping my apple juice, b–tard hit a rope out to center.

A cold soaked to the bone crowd couldn’t even get an apple juice. That ain’t right.

But damn did we have fun!

And yes, the Albuquerque Dukes pennant is still painted on the wall at Muni Stadium and I touched it for luck, like usual! Worked too! We won 7-1!

Tonight, I think I’ll stick to the couch and a blanket and my feline (who I’ve finally forgiven) and baseball on the television.

But I may be prompted to yell “aaaaaaapple juuuuuuuice” at a hitter who needs to strike out. : shrug : 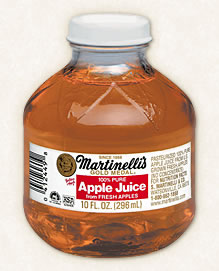