Last evening, I was heating up some soup on my electric stove. I managed to drop a bit right in that space between burner coil and the stovetop.

So, stupidly, I stuck my finger down in there to wipe it out. I was thinking, at the time, I don’t want that bit of soup to burn and smoke up the place.

Predictably, my finger accidentally touched the now hot burner coil, and instead of burning soup, I burned my skin.

I leapt back then turned quickly to the sink to run the burn under cold water.

As I rinsed the burn, I thought, “hmm, my food sure smells good!”

The soup was still on the burner, beginning to warm up.

Only problem was, the soup was tomato, and the smell I was savoring had a more meaty tone.

I turned to look, and saw a little smoke rising from the burner from under the pan. It was then I realized that the little bit of skin I’d left behind from the burn was now cooking, a little tomato soup on top for seasoning.

Let me say that again. What I thought, “ooh that smells tasty” about was my OWN SKIN cooking.

I’m now a little skeeved out at myself.

It’s like meeting a really great guy at the party, only to find out he’s your first cousin.

It’s how Luke Skywalker felt when he found out that the woman he’d been perving out about was his twin sister.

The Good Man does, occasionally, refer to me as his “tasty little morsel.”

I just never knew that was also true pan-fried and served with a side of rice.

And a nice chianti. 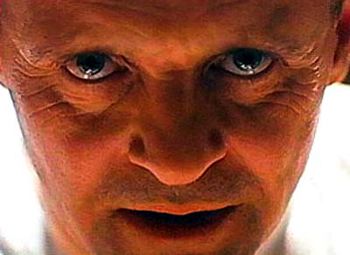