Here’s what’s doing in my world these days.

On the bedside table:

Just finished reading “The Sun Also Rises” by Ernest Hemingway. This is one of The Cute Boy’s™ favorite books. With his help, I might just become well read. Whooda thunk it! :)

I tried to read this one when I was about ten or twelve. I got it at the library and couldn’t master it. As an adult, the story resonated with me deeply and in the group of friends and their time at the fiesta in Pamplona, I saw a lot of people I know (or have been at one point in my life, I suppose).

I always thought that Hemingway had a lot harder edge than this, and I think in other works, he does. I really liked the quiet way this book is written. And it has many quotable lines, such as, “It’s is awfully easy to be hard-boiled about everything in the daytime, but at night, it’s another thing.” That one hit me so hard I had to reread it a few times.

So despite my love for throwaway fiction, I think I might become a fan of the classics.

Now at work on the bedside table is “Fast Cars and Frybread: Reports from the Rez” by Gordon Johnson. Found this on an endcap at the library and picked it up. It’s a collection of essays about life on the Pala Indian Reservation near San Diego. Johnson has written a series of articles for the Riverside Press-Enterprise and many of them are collected here. Johnson has a great no nonsense style and a sentimentality for his time on the rez. I find a lot of what he talks about is a universal theme but I also like how Johnson makes his personal stories really accessible.

I’m also reading the travelogue of a good friend and I love hearing his stories told in his voice. This friend is still my favorite writer.

“Harvey” starring Jimmy Stewart. Oddly enough, I’d never seen this one, despite being a huge Jimmy Stewart fan. I always thought this was simply a goofy movie, but it isn’t. It’s terribly charming and Stewart is really top notch. It’s a movie that actually leaves you feeling good when it’s done. Can’t find that often enough in today’s movies.

Also, we recently watched “The World’s Fastest Indian” starring Anthony Hopkins. I was completely surprised by this one. It had come recommended from a friend and I’m so glad we watched it. THIS is truly a life affirming movie. And Lord, when I’m in my seventies and eighties, give ME the courage to climb up on a motorcycle and break speed records. The best part of this DVD was the short film about the actual man, Burt Munro. What a true character! The Cute Boy™ and I keep quoting lines from the movie. Good stuff.

I got nothing to report here. Sad, huh? At the end of the year I got a full set of all the Starbucks iTunes free downloads and I downloaded them all, but found nothing in there particularly noteworthy. Some good stuff, yes, but not jumping up and down. I’ve got nothing I’m totally fired up about lately, and that worries me.

I scour the CD shelves at my library looking for something new to get into, but haven’t yet found it.

The most recently added music to my iTunes library is a boxed set of Frankie Valli & The Four Seasons. Seriously. I also listen to a lot of “The Roadhouse” on my Sirius radio. That would be oldies country.

So I’m looking for good suggestions. Anyone got one? I like all kinds of music, so have at it.

Well, that’s the state of the media in my head at this point. Sort of an odd mix, eh? 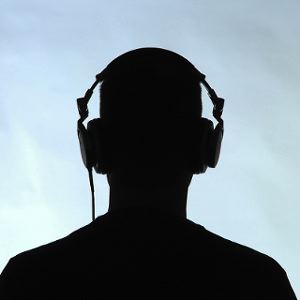