Recently, while flipping around my no-cable-havin’ television choices, I landed on the “Tavis Smiley Show.”

I’ve watched his show a couple times before, but what stopped me this time was his guest, Rosanne Cash, a talented singer songwriter. I’m a big fan.

It was a fun interview. Rosanne was feeling a bit more expansive than usual, which was nice. The central theme for the interview was Rosanne’s new album called “The List.”

The story goes something like this: When Rosanne was just out of high school, she went on the road with her dad, Johnny Cash. While on the road, all the various musicians she toured with taught her how to play guitar.

At one point, her father noted her deep lack of musical knowledge, and sat down with a pad of yellow paper and wrote up a list of songs that she should learn and know.

It was a gift of a father’s deep love and respect for musical history that he wrote out line by line on that page.

Over the years, Rosanne kept that sheet of paper, and learned most of the songs.

Well, finally, after having surgery on a benign tumor in her brain and coming through the recovery, she and her husband decided to make an album of songs that were included on the original list.

Over the years, Rosanne has been reluctant to show people the actual list, and keeps it tucked away somewhere safe. Her album gives you a taste of the songs that Johnny felt were key to his own daughter’s musical education.

This whole concept intrigued me, so I ran out and got the CD. I’m not on board with every arrangement on the album (call me a purist…or something), but deeply I respect the new interpretation of these classic songs.

So I got another copy and sent it to my best friend, mother of my two goddaughters. She and her husband are doing an excellent job in passing along a musical education to their children.

But for my best friend and me, music is everything. It’s the stitches that hold tight the tapestry of our lives, our memories and our friendship.

So included in the package with the CD, I sent a letter with my idea: Our own list.

I feel that we need to make a list of our own musical legacy for her kids just as Johnny did for Rosanne.

Well, my friend took to this idea with gusto, and our list making began.

I began jotting songs as they came to me in my notebook and it quickly grew to four pages front and back. I realized…this is going to be a really long list, so I began to think of how we could sort it out to make it easier to take in.

Over this past weekend, she arrived for a fun visit, and came toting a CD she’d burned of her own first volume of The List (and two bags of roasted green chile in her suitcase).

Her idea for sorting the songs is by category. Her first volume is “Songs You Wanna Dance To.”

There will be a “Songs You Wanna Drink Beer and Cry To.”

There will probably be a “Songs You Wanna Get Frisky To.”

And then, perhaps just a, “If You’re Gonna Be My Kid, You’d Better Know These Songs” CD as well.

We’re still working on the categories, but work is underway.

Over the weekend, The Good Man and I were both pleased and honored to have yet another friend from back in my college days visiting, too.

Friday night the four of us got together at my place. My best friend made rellenos and Spanish rice. I whipped up a batch of green chile chicken enchiladas and a pot of savory pinto beans.

There were margaritas, guacamole and a LOT of conversation about the list. Our friend, an Edgewood boy now living in Oklahoma, is like a long lost brother to me. He brought many excellent suggestions for the list to the table.

We cussed. We discussed. And together we’re creating something meaningful for my two godkids. In this music they will know their mom, and their godmom, our families, our history and our love.

Ooops, hold on a sec…just thought of another song I need to jot down… 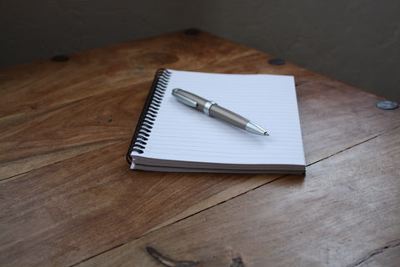