Several years ago, I used to date a musician. We’ll call those “the dark years.” He was the real deal, taught himself to play, had the “gift,” was making a living (such that it was) playing music.

We would often have debates. He was a true music guy. I, on the other hand, am a fan of words.

He often told me that it was the music that mattered. The words were just something that floated on top. It didn’t matter if they were there.

Obviously, this ticked me off.

Over time, I learned to appreciate more of the nuances to music. How a driving drumbeat could make an otherwise dull song into a moving tune. How one hamfisted musician could ruin a whole piece. How the sounds tell a story that the musician weaves together.

He never, however, learned to appreciate the words.

I used to say that even the cheesiest song in the world could offer up some value, some deeply meaningful bit of emotion or philosophy or declaration. I even gave examples. He would reluctantly agree that the words I’d quoted had meaning, but not in the context of a song.

I got to thinking about this again today while listening to my iPod. Thinking about how seemingly throwaway songs can actually yield something meaningful tucked away in the lyrics.

The song that got me going was The Spinners classic “Working My Way Back to You” (originally a Frankie Valli song).

The lyric that “gets me” is this:

“I used to love to make you cry/It made me feel like a man inside/
But if I’d been a man in reality/You’d still be here, baby, lovin me”

No doubt The Spinners knew how to lay down an amazing groove, but this pop-y hit song speaks of redemption. The guy had a great girl, he “ran around like I was free”, then was *shocked* when she got self-respect and left him. He realized he’d blown it BIG time.

Those words, that lyric I quoted, is a really great turn of phrase. It shows a depth of self-awareness rarely seen in top 40 hits.

Those words, to me, make the song. I listen to the funky beat line, but I *wait* for those lyrics. They make me feel something.

Here we go, the most bubblegum of pop tunes, Britney Spears’, “Baby One More Time.” Not the most musically interesting song, but well produced.

Don’t think about the song, the bouncy music, just read:

Once again, a song of “didn’t know what I got until it was gone.” Earlier the song talks about “I shouldn’t have let you go” and now the narrator is alone and missing the one they took for granted.

In reading the words, I can feel the regret. Who among us hasn’t left someone behind only to find themselves all alone and losing their mind a little bit about “what might have been?”

See what I’m saying? The words have meaning!

Ok, I went to Billboard’s Top 100. Number one song right now is “Boom Boom Pow” by the Black Eyed Peas.

Pfew…this one might be tough. Not all songs have a redeeming lyric, but most do. Let me think on this….

To be fair, this song IS a lot about the sounds. About the tones that Will.i.am can put together so well.

But there is a message there…go with me on this.

Sure, it’s a brag, but it’s also true. Since the success of the Black Eyed Peas, there are a TON of imposters trying to work Will.i.am’s style. He’s reminding us that while people are mimicking the last thing he did, he’s onto the next thing. He’s a trendsetter, not a follower. He’s ahead of the curve and a not so subtle reminder to people to remember the original.

It makes me feel like he’s frustrated trying to be an original while everyone falls in behind trying to take what he made. As an artist, I completely get that.

Whew, ok, that one was tough. But I got there.

I could go on with examples all day. I guess that music matters to me so much, but everyone enjoys music for different reasons. I think that anyone who can write lyrics is, in their own way, a poet and a philosopher. The meaning shouldn’t be discounted just because a song is viewed as too pop or too cheesy or too whatever.

I think both the words and the music matter, but as a writer, I can zoom in on a well-turned bit of phrase and feel like I’m in the flow.

When an artist can make someone feel, feel something, anything, whatever emotion, then I believe they have succeeded.

The very heart of creating.

I rest my case. 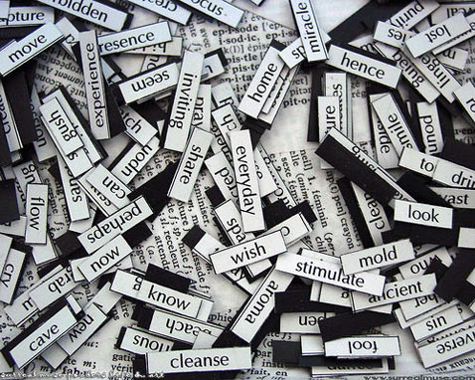