Here’s to the Firsties

Here’s to the Firsties

Didja ever really take a look at an avocado hanging off of a tree (or in a pile at the grocery), with that pebbly green skin, and ponder why that fruit looks exactly like it’s made outta frogs? Did you hold one in your hand and wonder who, exactly was the first person ever who took a look at that green pear-shaped fruit and said to themselves, “hey, that looks tasty!”

And what was that first experiment like? Did they bite into it like an apple, only to ptoo-ptoo out that ucky skin? “I rather dislike the outside, but the innards, oh sweet delicious surrender!”

What about the first person to sample a lemon? What musta been going through their minds? Hmm, looks pretty and yellow. Smells divine. Nibble, nibble, ZOWEEEEE! *ting at the back of the jaw*

And then, after that horrifying experience, what was the thought chain that led to, “you know…if I add some water and something sweet to that, it could be very refreshing!”

How about…Which of our early ancestors plucked the berries from a juniper bush, fermented them, distilled the whole mess and figured out how to make gin? I mean, who was the utter genius with that idea? Because I don’t look at random berries on bushes and think, “hmm, martini!”

And what about coconuts? I mean, that’s a two-step process to get one of them sumnabitches open. First someone has to shimmy up a palm tree, a rather uncomfortable proposition, I’d think, then hack down one of those bad boys. AND THEN the two-steps to first peel off the thick outer later and then knock that thing on a rock to get it open.

Who had that kind of patience?

I’m glad they did because oh how tasty is coconut?

What about aloe? Or cactus fruit? Artichokes? Or those god awful stinky yet tasty durian fruits you find in Malaysia?

Who are these people who gave them the first try?

And what about the downsides of being first? For example…

Who, exactly, was our test subject to sample a handful of those pretty red little holly berries? Hey, the birds eat them, must be good right? According to Wikipedia (so you know it must be true), it only takes about twenty berries to be fatal for an adult. Whooops.

Who went there so that we’d all know not to?

I’m pretty grateful to that person, and all the other firsties.

Thanks for wandering through my strange random thought for the day. It has a genesis in something I saw in a movie and was a long strange trip in my brain from there…. 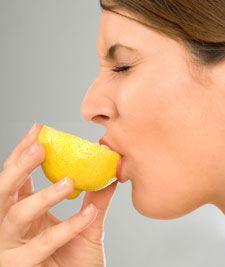