That the word “maverick” was originally coined to apply to cattle that didn’t have a brand? Meaning they technically didn’t belong to anyone.

Is the heavy campaign usage a mis-application of the word? Oh I think so. Oh yes I very much do.

So does Terrellita Maverick. See, her ancestor, Samuel Augustus Maverick was a guy who “…was more interested in keeping track of the land he owned than the livestock on it…unbranded cattle, then, were called ‘Maverick’s.'”

Ms. Maverick isn’t buying it when John McCain uses the word to describe himself.

Next time McCain or Palin uses that word. Remember: cow. 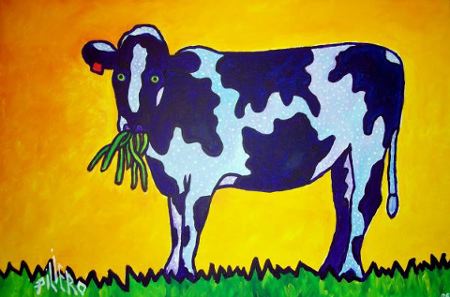 1. The good news is the word maverick didn’t crop up in last night’s debate.

2. One might think after the last two posts that I am an Obama supporter. I’m not. Call me undecided. A lot. And call me disappointed. As in where can I park a protest vote?

3. Political posts two days in a row. TGM might faint!