I don’t know, call me sentimental

I blame NewMexiKen and his recent blogging about citizenship tests. I pondered on it a bit in this post too, but lately, I’ve been thinking a bit about being an American and, yes, in my post-Fourth of July haze…about being patriotic.

I still get a proud chill when the Blue Angels fly low overhead. I put my hand over my heart when they play the Star Spangled. I can recite the Pledge of Allegiance with practiced ease.

Patriotism sort of became a bad word during the previous administration, where aspersions were cast left and right about who was and was not patriotic. That made me grit my teeth.

When I read this article in today’s Las Cruces Sun News, I have to admit, I got a little lump in the throat proud.

A small piece, really. Just a short bit about a local boy scout troop doing a proper ceremony to dispose of soiled flags.

I don’t really know all the rules about flying the flag, but I know enough. I get testy when I see a flag flying in the rain. Or unlit in the dark. Or when it’s been whipped to shreds but still flies.

I don’t really do anything wacky about it, like the guy who tore down the Mexican flag on the UNM campus when he noticed a violation of flag protocol.

But I notice stuff and it bugs me.

It was an interesting read at the VFW site about the main code for flying a flag. I learned a little there.

Also interested to see the link to this site, a company that provides proper disposal of a flag for a fee.

Mainly, getting back to the event held in Las Cruces, I was just happy to see a new generation of kids is learning respect and both the proper way to fly, and when the time comes, dispose of, Old Glory.

Photo recycled from this blog…taken at Fort Stanton, NM 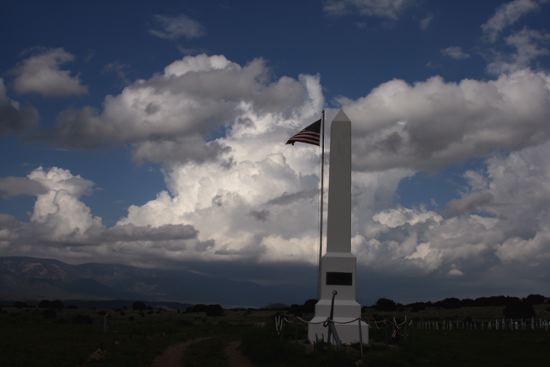 So. It’s expected to be about 90 degrees here today.

I know, I know. I hear my New Mexico peeps saying, “pish posh, 90 degrees is a walk in the park!” and you are right.

90 degrees in Albuquerque is a fine day for a walk/run/jog/picnic/bike ride/what have you.

90 degrees here is intolerable. Because of one thing…

See, the human body was made to be an evaporative cooling device. Just like a swamp cooler, really.

From the Wikipedia entry: “Evaporative cooling is a physical phenomenon in which evaporation of a liquid, typically into surrounding air, cools an object or a liquid in contact with it.”

Right. I sweat. The dry air evaporates it. I feel fresh as a daisy. A sweaty daisy, but a daisy, nonetheless.

In the Bay Area, due to this large body of water, the uh, you know, Bay, we have a bit of humidity. Not much, mind you. Not Georgia on a hot summer night or Singapore all year round. But enough.

Enough that my finely tuned machine, calibrated to the New Mexico climate, can’t properly obtain “fresh as a sweaty daisy” and I just obtain sweaty.

But that’s not the point of my discussion.

The point is…it’s due to be pretty hot today. “Pretty hot” is something of a rarity around here. We get maybe two weeks, when all totaled up each year, of “good lord it’s hot” days.

The rest of the time, the weather is temperate and mild.

Because of this, few homes and businesses have any sort of air conditioning. I know, right? I almost passed out when I first moved here. “You want to rent me an apartment WITHOUT air conditioning? Do you want me to *die*?!?!?”

So in order to stay cool, people go to their drawers and the back of their closets to withdraw their “warm weather” clothes.

Herein lies the problem. In New Mexico, it gets hot a lot. Everyone has at least ONE pair of serviceable shorts, usually two or more. Something that people wouldn’t be upset at being seen in public with you while you were wearing them.

Not so in the area where it doesn’t often get that hot.

Yes, the first “damn it’s hot” day of the year means seeing shorts that are a bit tight and frightfully short.

I don’t mean on a cute girl, I mean on the overweight middle aged dad-man whose legs haven’t seen the outside of pants legs in decades wearing the shorts he bought for Spring Break back in college, thirty years ago.

This morning I saw a woman walking down the street in a purple bathing suit with the elastic about shot, thus hardly supporting her ample upper parts. This was paired with some lycra bike shorts, scarcely concealing her ample lower parts. She also carried a pack of Kools and smoked profusely. But that’s a whole other blog post.

Unless you are actually ON a bike, I’d like not to see the bike shorts, please.

Look, not all of my stuff is great to look at, but I have the decency toward my fellow mankind to wear a pair of shorts that don’t crawl up my heiney as I walk. My skin is pale from too many days under office florescent lights, but I make an effort to keep cool and keep my dignity at the same time.

For the good of all mankind.

Stay cool out there, ya’ll. 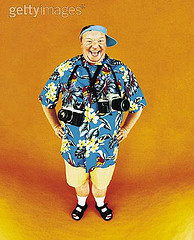 From eHow.com, the appropriate way to handle a four way stop. Emphasis added is mine.

Note that nowhere in that discussion does it say that if you drive a big Mercedes SUV, that means you get ahead of anyone, anytime.

It also doesn’t say that if you come screaming up to the four-way stop at an excessive speed, barely touch the brakes, and then hit the gas, you get to go first.

I don’t care how busy you are. Or rich. Or good-looking. Or that your car is nicer than mine. Mine is paid off. And I don’t mind rolling that hoopty patched up with bailing wire and duct tape. Bite me.

This message brought to you by my frustrating morning commute. 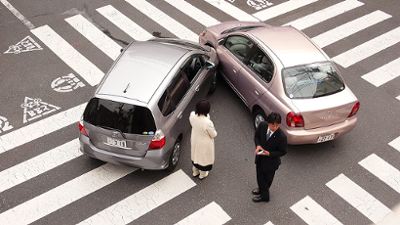 (no, I didn’t get in an accident, but it was close. Thank goodness for that brake job I got last week.)