The only constant is change

I’m way too late to this party, but that’s ok. Here’s the old news:

Albuquerque’s afternoon paper had been around 86 years. Quite a run, actually.

I always liked the Trib, their comics were way better, at least back in the day. Plus, when I was home after school, but before my folks got home, I could dash out, read the comics, fold it back up right and all was good. I always got the morning Journal after it has been thoroughly read and smudged by both parents and siblings. Kind of a weird memory, I admit.

I found the writing style and layout of the Trib more accessible then the ABQJournal. I admit it was often the “light” news source, but it was my preference.

We may see it again in a different incarnation, but for now, it’s a story that goes quiet.

Goodbye, old friend. Sad to see you go the way of many other dailies that couldn’t make it work in this Internet era.

What would Funk and Wagnall say?

Heard on local radio talk show yesterday morning and confirmed via the AP and the Albuquerque Tribune, the Word of the Year for 2007 is:

Now, who am I to complain? I’m a big fan of the word. It peppers my personal emails, has made an appearance in this very blog (and here and here and….uh a few more times too….). But I’m not sure the word is Miriam-Webster worthy.

How do I feel about this? I sort of don’t like it when a slang word is legitimized. I mean…doesn’t that take some of the fun away? I love words, I really do, I’m a certified linguaphile (*wink*) but I also really love made up words. My best friend and I have a vocabulary all our own. It’s fun to bastardize words. And w00t is fun because the letters and numbers make it a word that’s not quite a word, but heck, even if you’ve never seen the word, you can get the joyous meaning when you see: w00t!!

If I recall my English teacher’s hardworking edumacation, that would be an onomatopoeia.

There’s my nickel word for the week. (NMSU grad in the hizz house, w00t!)

Today, it’s w00t, tomorrow it’s teh…before you know it STFU will be a part of the formal lexicon. I want to know when w00t shows up on a kid’s spelling test….

Anyhow, best to just end this post with a w00t! for the selection of w00t! as the word of the year. 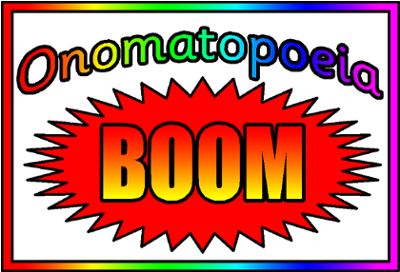 Gotta love Bill Richardson. He’s in there swinging away. I’m not sure he can hold his own in the elections versus Clinton and Obama, but he’s not going down without a fight and without distinguishing himself, at least a little, from the rest.

While Governor, Richardson made national headlines by vowing to determine that the grave of Billy the Kid in Fort Sumner, NM really holds the remains of the outlaw, and not some other location in Texas.

It was amusing, to say the least, to see my state getting AP coverage. Richardson’s passion about the story was admirable. He didn’t go in half-assed and it was a calculated move that gained him some attention.

And now this from today’s Albuquerque Tribune. Richardson saying that if elected president, he’d dig into the Roswell UFO files. It was a road that Steve Schiff went down for a bit before his death, asking the General Accounting Office (GAO) to investigate the Roswell crash.

This move by Richardson that will gain him the quirky vote, for sure, and makes him seem a little more human than the other perfect haired politicians, but will it be enough to coast him into the White House?

Either way, I’m enjoying the campaign he’s putting on. It’s nothing if not entertaining.

I hope I’m this sprightly at age 70

The Cute Boy™ and I have been talking a lot lately about the subject of aging. Not that either of us are all that old, but both of us are old enough to start pondering our own mortality. Cold weather brings creaky joints that didn’t used to creak. “My back hurts” replaces “I’m so hungover” in my vernacular. I suppose this doesn’t get better as the years pass by. (and, have you noticed, the years are passing more quickly than ever?)

So with aching knees and cold hands wrapped around a coffee mug, I read an article in the Albuquerque Tribune (now with a buyer!) about Merle Haggard. Now, I’m a longtime fan of Merle. You know how some musicians comprise part of the soundtrack of your life? That’s Merle to me. “Silver Wings” brings up a *very* specific memory (and if my best friend in the whole wide world is reading this, she knows exactly which memory I’m talkin’ about). “My Favorite Memory” is another fave…and one of the few songs I learned to play on acoustic guitar. Merle doesn’t play deep or complicated guitar chords. He doesn’t need to. His lyrics can, with an economy of words, cut right to the heart. He is indeed a poet, as the Trib article points out.

So how do I tie all this together? My aching joints and Merle?

Well, at age 70, Merle is making a new album. It’s a bit of a departure for him. He’s doing a disc of bluegrass music, all original songs, which I think is amazing. He’s got a voice made for country, and now hardened by time, I imagine bluegrass will suit him well.

After decades in the business, he’s still got The Muse running in his veins. At an age where he’s made enough music and money to retire, he can’t. The words still flow.

“I guess the reason for writing songs is to make money,” Haggard said, “but then you go back and say, `I’d like to write a song that will be remembered forever.’ That’s more interesting to me than the checks, even.”

It’s a rare bit of integrity in the music market. And memorable songs are what Haggard has done.

This line kills me…it’s so right on, at least to my way of thinking:

“I like to write something that you can photograph. If there’s no picture there, what’s your album cover or your CD cover going to be? In most cases, you’ll find it’s just a picture of the artist, because they don’t have a picture, and it’s kind of sad.”

I may not be a musician, but I’m a writer, a lover of words, and I work real hard at putting words together in such a way that someone who reads them can see a picture. Merle not only creates these pictures, but lasting images that stay in the mind. That, my friends, is pure talent.

“…You can’t have any emotional songs anymore; they won’t play them. Someone might look up from their computer, and they don’t want that. It might disturb somebody. And it all sounds like water to me. . . .”

And at age 70, he’s rasty as ever. Love it. He’s even planning a tour to support this new album…having just come off a tour.

I can only hope/pray/dream/beg that I’m as full of The Muse, the energy and the drive at age 70. 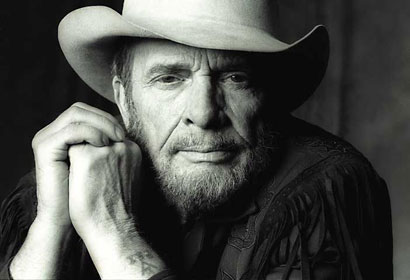 A great line uttered in a dark but entertaining movie, “Ace in the Hole” set in New Mexico.

Kirk Douglas utters it with convincing New York callousness to the editor of the fictional Albuquerque Sun-Bulletin. (I’m certain it doesn’t apply to the reining king, the ABQjournal….right?)

And I laughed. I think he just called out the rasquache-ness that is my hometown!

I decided I might incorporate it into my lexicon. Expect to see it here, soon, in this blog.

“Ace in the Hole” is a “lost” Billy Wilder film, recently released on DVD. I heard about it in an article in the Albuquerque Tribune. The movie originally opened in 1951 to unfavorable reviews and box office. I can see why, this isn’t a happy Hollywood film. It was nominated for an Academy Award for screenplay, and though it didn’t win, it is a really well written story.

I’m surprised at how prophetic the movie is, a commentary on the circus nature of the media. The story, a man is trapped in a collapsed mine that is part of Native American sacred land. Kirk Douglas, a drunkard reporter fired from a variety of big town newspapers is looking for the big story to earn him back his New York job. He senses the story of the man trapped, convinced he’s being punished by Native American spirits, is the kind of human interest story that will earn him his way back.

His scheme is successful. The news story catches fire and soon people are coming in droves to hang outside the mineshaft, waiting for the trapped man to emerge alive. It literally becomes a circus, complete with Ferris Wheel.

Kirk Douglas plays a truly unlikable character to perfection. And even in black and white, our beauty of a state looks great. The film is shot near Gallup and it has big skies and beautiful hills.

I enjoyed this lost gem of a film, liking it even better for its locale. If you like old films, this is worth the time. Don’t expect to emerge happy, it’s got a lot of bitter lines and hateful dialogue. But it’s well made and enjoyable. And available from Netflix.