A different idea for a Fall decoration

A different idea for a Fall decoration

It was long strange series of clicks that landed me on a particular page, written in Russian, but with a really wonderful series of how-to photos on making roses from maple leaves.

I was sort of suspicious at first. Was this going to be hard?

And to make it worse, I don’t have a Maple tree anywhere nearby. By looking at the photos, it was clear that for this project, you’d need big leaves.

As I gazed out my window, pondering, my eyes landed on the changing leaves of my fig tree.

And so…I carefully collected flexible leaves, brought them inside, followed the photographs…and produced: 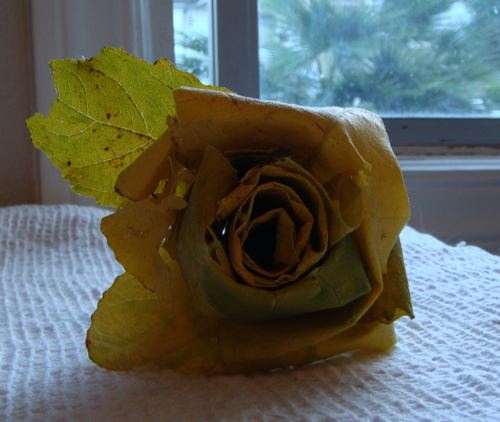 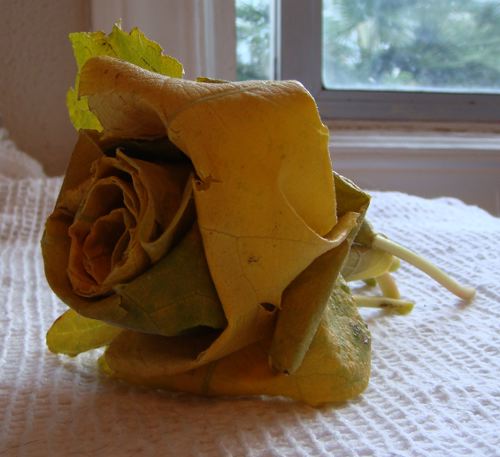 The fig leaves sort of ooze a fluid when they break, so they may not be the best choice, but they worked!

Here’s the page again, in English.

But honestly, the crafter has done such a fabulous job of step by step photos, who needs words!