Am I the only one greatly disturbed by this?

I find this whole thing to be totally sci-fi and creepy as HELL.

You don’t have to know me very well to know that I’m less of the track shoes and elevated heart rate kind of girl and more of the cake following by a generous portion of cake kind of girl.

Exercise and I are acquaintances, but not really friends.

Oh sure, I exercise occasionally. I walk to the train station to commute to work. I walk to the nearby grocery store sometimes. But as a structured activity, no.

A few years back when I was working hard to lose weight, a fit and fanatical friend of mine got me to participate in a 5k. She ran and liked doing 5k’s as a way to keep on track.

Let me be frank, my friend is one of those spin class in the morning, yoga at lunch and windsurfing for dinner kind of people.

So when she suggested I 5k with her, I resisted…hard.

But all 90 lbs of her is charming and a good negotiator, so she won me over.

I signed up to 5k. Needless to say, she ran, I walked.

That first 5k I did, I came in just under an hour on time, but dammit, I finished!

Since then, I’ve sort of gotten into doing the occasional 5k. Ever since The Good Man started hanging out with me, he’ll come along too.

TGM is 6’2″ with a MUCH longer stride than mine. So 5k’ing with him is all about me almost jogging to keep up. But he paces me, and that’s good…I think.

Yesterday we did a really fun 5k, the highlight was that part of the race route took you onto the field at AT&T Park, around the warning track and across home plate.

“That’s the same home plate Barry crossed,” exclaimed one of the breathless vendors at the race.

That was definitely the fun part. The hard part was that the race started at 9:00 and you HAD to be across home plate by 10:00.

Now, think back. My first 5k was just under an hour. I haven’t done a 5k in some time. So I was pretty worried I’d miss out on this fun chance to be on the field.

So I went all out on the walk. I was pumping my little arms and legs and huffing and puffing.

And I made it. I stomped on homeplate with some glee.

Sadly, I still came in the lower-middle of the pack with a paltry time of 47 mins…but I did get to scoot across home plate right behind the good man and we saw Giants pitcher Jack Taschner walking on the warning track. He’d gotten “caught in the herd” as he said and couldn’t have been nicer when I said hello. He went on to have a crappy middle-reliever outing in the game that followed, but oh well.

It was a fun day and it was PACKED. People really came out for this even and everyone was fired UP to make it across the plate.

*There are those who believe they’ll make better time by intermittently jogging along the 5k trail. I find they will usually pass me, then they run out of gas and I pass them, then they see me pass and rev it up, then ten minutes later I pass them again and usually we finish about the same time.

So generally speaking, a nice even pace is probably a better bet.

*The body is less forgiving of random acts of exercise as it ages. I find this not amusing in the least.

*Ballpark nachos taste a heckova lot better when you know you already exercised that day. Hell, they taste good even when I don’t workout first. Ok, to be clear: ballpark nachos are nice. Maybe I already knew that lesson.

*Man do I sleep good when I’ve worn myself out. 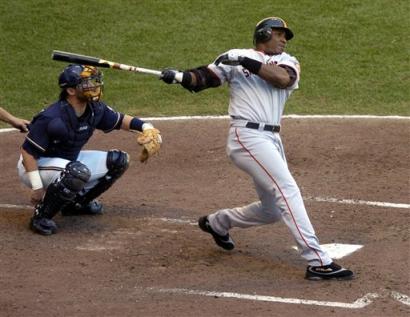 Pilgrimage to Meet My Heroine

FINALLY, after waiting not so patiently for SO long, August 21 got here.

Why’s that important, you ask?

Well, yes, it’s my Mom’s birthday (Feliz Cumpleaños, mi Mommy!), but there was something else arriving on this date. Rather, someone else.

Kathy is touring in support of her new product line, now available in Michael’s stores (yes, even one in Albuquerque).

Kathy brings a Dia del los Muertos vibe to her products (and her art) and she’s made it totally accessible for your average Josephine like me.

I got the chance to hang out with Kathy again last night and was nervous as heck! I was astounded that not only did she *remember* me, she called me by name.

Kathy has such a fantastic vibe and is chock FULL of energy. I get totally drawn in by her magnetic charm!

I think I’m so into The Crafty Chica because it’s amazing to see someone who’s made it by 1) having, yes, TALENT, 2) working hard, 3) and being a genuinely nice person.

There are folks who have “made it” and you wonder why or how they got there. Not so with Kathy. She’s earned every tiny glitter sparkle of her success and it shows.

I’m embarrassed to say I didn’t get any photos to share. I’d FULLY intended to get a picture WITH my Personal Goddess, but I got SO geeked out, I forgot.

I was driving home last night smacking hand to head over and over….

I’m sure in this crazy life, if it’s meant to be, our paths will cross again.

For now, to Kathy, you’ve given me NEW inspiration to kick my crafting back into gear. I’ve an Esty store to get set up! 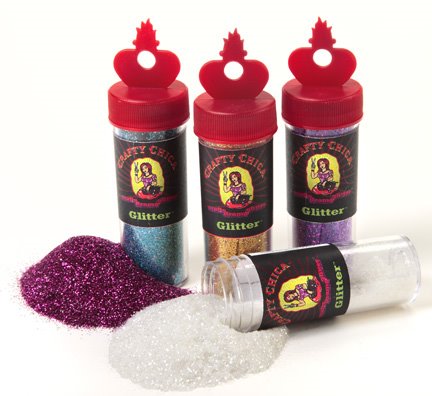 Been thinking a lot about a discussion going on in the comments of another blog I read regularly.

One very astute reader there made a comment that a choice I had made was “…so very different than the common priority system a couple of generations ago it boggles my mind.”

That comment has stuck with me for a variety of reasons.

Been thinking a lot lately about my parents and their values versus my own values as their youngest child.

Both of my parents were alive during the Depression and remember it well. Especially my dad. A lot of how he faced his life, his finances and ultimately, his demise a few years ago, was shaped by those memories.

My mom had me at age thirty-five, which by today’s standards is normal, but by the standards in the sixties, was positively ancient. She was advised by doctors I would come out all wrong, touched in the head, or worse.

Ultimately I came out all right, mostly, and grew up with parents SO much older than the parents of my friends. My different (yes, old fashioned) way of thinking made me a bit of an odd ball among these kids with hip young moms divorced from their cool as heck dads.

My stodgy parents were employed at Sandia Labs, married for 46 years and devoted to working hard and raising their kids.

This has come to me in bias relief lately because The Good Man is one year and one month younger than me. His folks met and married VERY young, and are a generation apart from my own parents. My mom has more in common with The Good Man’s grandparents, for heaven’s sakes!

I am what is commonly referred to as an “oops” baby. My brother is seven years older than me. My sister is four years older. My folks thought they were done, but I was a force not to be stopped by aging ovaries and good intentions.

To say that my father was a staunch Republican is to say that Cher is just a tad flamboyant.

He leaned to far to the right it’s a wonder he didn’t flop over when he walked. He advocated clean cars, walls painted white in any home, and one must always save for one’s retirement.

It’s hard to grow up in that atmosphere and not reflect some of the constant theme. From the time I could vote, I was too scared to vote anything other than Republican, fearing my dad would find out.

The first time I *did* vote for a Democrat, it felt like mutiny. Like I was being deliciously deceitful. I grinned when I pulled the lever.

Then came a major act of mutiny. I moved away from New Mexico. I did it, mostly, because I wanted to know what my life could be like if I got to create my own way. I’d followed in the footsteps of my parents, both knowingly and sometimes without intending to.

Moving to California was, for me, such a break out act of defiance that I almost thought my folks would disown me. They certainly didn’t understand it. But ultimately, they accepted it.

And much like growing up in a Republican home, it was hard to live in this atmosphere and not begin to reflect the prevailing attitudes around me.

I think age, living on the coast and the evolution of American politics has made me rather liberal on some issues. I remain quite conservative on others.

California gets a rap for being hola-granola and long-haired liberals. You’d be surprised at how conservative it actually can be.

I guess this is a long way around the barn to say that I know that in commenting to me my values are so diverse from a couple generations ago wasn’t necessarily meant as a compliment…but for me and my personal experience…I’ll take it as such.

I’ve worked hard to have differing priorities. To greater and lesser success.

This being a grown up thing is really for the birds.

I mean, sure, being an adult has its benefits. Cookies and ice cream and beer for dinner, for example. Yeah.

I don’t have to ask permission to buy a candy in the checkout line.

I can tie my own shoes.

But being a grown up means getting up every morning to go to work.

Trying hard to “get ahead”. Get that better job. Be a better employee. Get paid more. More respect.

Sleepless nights worrying about getting that project done, or the political implications of a decision.

No summer vacation. Of if you get one, it’s just a week long. Ugh.

The reason for my lament today is that we’ve entered the performance review stage at work. Meaning I have to write up and rate my team for the year.

Now, this isn’t my first rodeo. I’ve done this for many years, but it never gets any easier. To reduce the sum total of another human’s work for the year to a percentage number and a couple paragraphs is an agonizing process for me.

Part of what makes me a good manager is the depth of my compassion. But it’s also one of my biggest limitations.

Our company gives out paltry merit raises, and it’s hard to hand out a tiny raise for a hard year’s work. This year, I have a pretty good boss who is helping me fight the good fight for rate increases. But I still go home a little bit demoralized.

Good thing I can have all those cookies and beer for dinner. 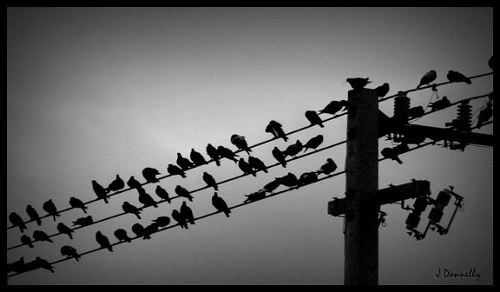