Alert! Frosty down! Repeat, Frosty *down*

Accidents! Solo spin-outs! Semis toppled on the Richmond San Rafael Bridge. Flights delayed! Manhole covers overflowing! Karen and The Cute Boy™ trapped in the bowels of Burlingame as parts of El Camino were flooded! Power out at the Casita Bonita!

And most telling of all, over at the Mediterranean restaurant two blocks over, the six foot plastic Frosty the Snowman, lovingly displayed out front, was torn asunder, carelessly tossed and laying face up on the front porch, top hat rudely ripped from his head, carrot nose cranked to one side, and little twiggy arms reaching toward heaven as though to proclaim “Oh the humanity!”

And at this sight, after a harrowing drive in furiously pounding rain and violent winds, amid the sound of sirens, The Cute Boy™ proclaimed “Frosty down! We have a Frosty down!”

We had to take the Cute Boy’s automobile in to be serviced. For making me get up early. In the inclement weather. And drive with the Bay Area loo-loos, I made him buy me breakfast.

Meanwhile, The Feline did this: 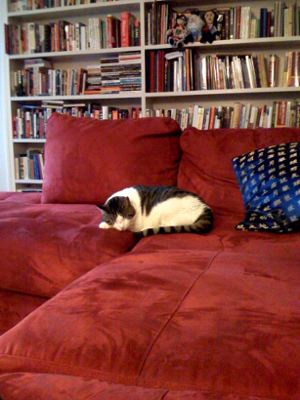 Extended coverage of Storm Watch is all over the local news. The news went an extra half hour in breathless anticipation. For the local meteorologists, THIS is the World Series.

Click here for photos of the utter devastation (except for Frosty. I shoulda taken photo but didn’t….)

Where I come from, they’d call this a certified frog strangling rain….(or the less couth would call this a turd floater, but I’m not so coarse as to say such a thing…*wink*)

This is supposed to blow over by Sunday. It’s gonna be a wild weekend…… 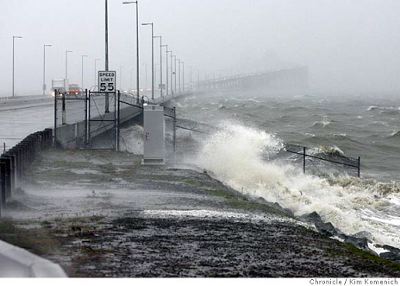 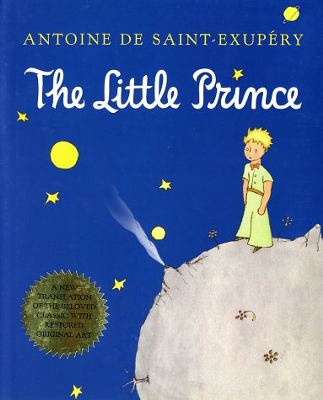 As promised, a photo of the New Mexico float in the Rose Bowl Parade, winner of the “Grand Marshal’s Trophy for excellence in creative concept and design”. w00t!

Here she is, the ‘Passport to Our World and Beyond’: 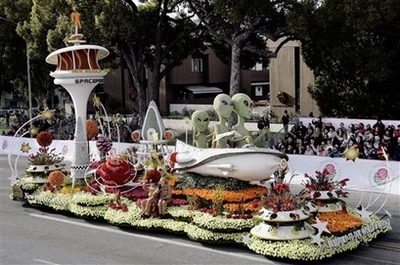 More photos can be found at Only In New Mexico. 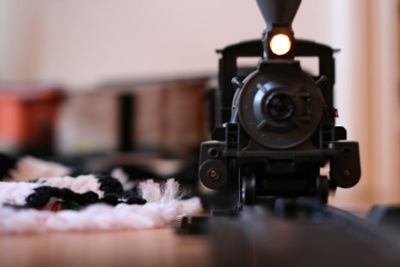