This morning I geared up my mind and girded my loins for an important meeting. The event was a compliance review on a big project that I am working through. This project is the cause of many long hours, at least three migraine headaches and a lack of sleep. This compliance review is the last bit of internal check boxes required before we can implement this project fully and completely.

That I was even sitting in the room having the meeting is a gigantic achievement for this challenging project.

That said, I don’t necessarily have the cleanest track record in these compliance review meetings. About a month ago in a similar meeting for a different project, I lost my cool and let the chairperson have a bushel full of how I really feel.

After which I was “spoken to” by my manager who mostly empathized with me. I stand by what I said, and told my manager as much. I was simply asked to “try a little harder” next time.

Because there is always a next time.

Today I had to go back in there and keep the end in mind. I knew if I was able to get through the compliance meeting, and get approvals, that I would be able to finish this project that has me burning out quickly, turning into a crispy little Karen.

The order of the day was calm. Serene. Peace.

Now, I realize that not all of my fair and wonderful readers know me in person. If you do know me in person, you could know that calm, serene and peaceful are not adjectives often used to describe yours truly.

But I had to “try a little harder.” So I did deep breathing and a few deep knee bends before the event. I got to the meeting room early and got situated. I planted my feet on the ground and made a promise to myself that I would stay calm.

As the meeting progressed there were times where I wanted to say what was really on my mind, but somehow I magically refrained.

“Okay. What would you like to see in the documentation?” I said calmly and not at all snarkily. I felt the inner snark but I kept it tucked away under a beatific smile.

When all was done and I had the full list of changes and corrections, I walked out of the conference room and back to my desk.

Where I texted The Good Man the following:

“You oughta f—–g nickname me Buddha after that last hour of my life….”

You see, he knows me all too well and he knows I had this important meeting today. Then I followed it up with:

“I ohm’ed the sh*t out of that meeting.”

And then I took to Google where a short image search netted me the perfect image, which I also sent to The Good Man to further emphasize my point.

And that about sums it up. 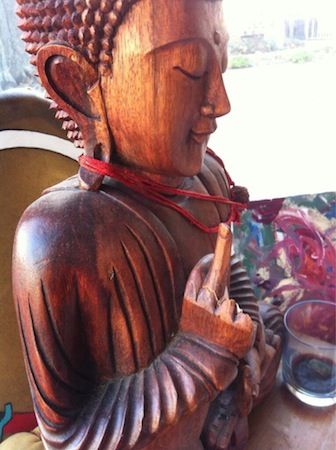 Whew, and wow, and holy cow and other explicatives.

So here I am, back here at the ol’ blog and oh-so-happy to be back.

This past week was the first time I’ve ever taken a break from My Fair New Mexico in the six years I’ve been at this game. It was really hard for me to step away. Really, really difficult.

Writing somewhere around a thousand words a day about whatever is on my mind is what keeps me sane. Well…as sane as I can be. Which isn’t much.

Here’s the low down on the time away:

As ya’ll know, I’ve started a brand new job, in fact I’ve been here just shy of four months. Still a total newbie and trying to make a good impression.

From the day I started this gig, I was told that there was this really Big Deal coming up at the end of April. The big deal is an audit.

A big whopping audit that looks at our department top to bottom. The review includes our systems, our files, the cleanliness of our socks. All of it.

At the end, the head office decides if we get to keep doing what we are doing, or if we are so out of alignment that every project we do requires executive oversight and approval. (there have been entities that have failed the audit in recent history)

Yeah. This is a huge deal. Basically if we failed the audit, our department would face massive cuts, and being the new person on board, well…make your own conclusions.

Only a tiny amount of GIGANTIC stress.

On top of that, my own sub-team had a massive project due on Tuesday of the same week and one of my (senior level) employees was just not getting her job done. Worse, she seemed not to care one whit that we were going to miss the project drop-dead deadline.

Missing the deadline would mean incurring the wrath of the Chief Information Officer of the company, a formidable person. At four months of employment I am still on probation, so incurring the CIO’s wrath now wouldn’t be a good look for my future here.

And so I was worried. Really worried. Walk the floor at two in the ay em kind of worried. I was getting little to no sleep, working very long days, and filled with massive amounts of stress and worry. This of course, just a short week after The Good Man and I had finished moving to a new town. So no stress there either. *harumph*

To make the long story short, we passed the audit. Yay! And after some yelling and application of heavy doses of guilt my employee finished the project (just barely), so we dodged that bit of unpleasantness from the CIO. I did get a good butt chewing from my boss for letting it get to the very last minute.

So by the end of that week of hell, more precisely by Friday about 10:30am, I was sick with hundred degree fever and sinus pressure so bad I thought my head was going to pop like a kernel of corn in a frying pan.

From Friday until yesterday I haven’t even been on the planet. Between fever and Theraflu I think I went on some sort of vision quest. I may have seen my spirit animal, I’m not sure. And the Theraflu dreams. My god the angels and gargoyles that haunt my fevered mind.

Today I am mostly back. Running at about 80% perhaps which is a damn sight better than where I was last week, but still not good.

And so, my dear and loyal readers, that is where I was when I urgently posted on April 30th that I wouldn’t be writing on the blog for a while.

It made me sad to have to post that and walk away. 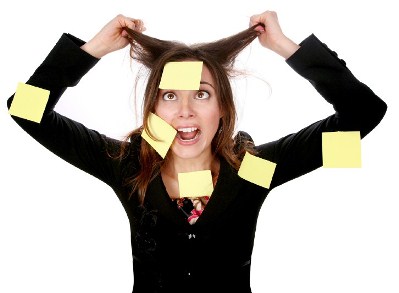