My tireless boss has been in town for the past three weeks. I swear the guy doesn’t drink coffee, soda or energy drinks and he can outlast everyone. The man is relentless.

He’s been in a bunch of meetings. I’ve been in most of those same meetings. In that slight half hour before the next meeting, he’s in my office wanting to plot and plan and strategize. There’s a lot going on. Marker boards were used. Action items were assigned.

It has been non-stop. I’m punch drunk and overwhelmed.

Today, at noon, he put on his battered leather jacket, picked up his computer bag, and left town.

It is wrong that I offered to drive him to the airport?

I mean, I dig the guy. He’s brilliant and funny. He hates my iPhone case, told me “you’ll never make it to the boardroom with that case” which makes me want to send him one. Every day. For a month.

He knows his stuff and has a lot of respect from everyone, including me.

I am fortunate to have him for a boss.

I’m also fortunate that he on an airplane until tomorrow sometime.

Wheeeeeew. This is the first 30 minutes I’ve had to just sit at my desk in weeks. I like it. 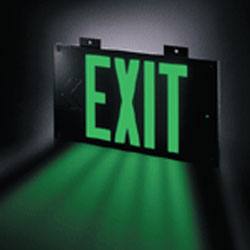