Today, the next in my continuing series of Life on the Rails.

So this morning I found myself again at my local BART station. I was there earlier than usual as I had an early meeting at work.

Instead of my usual way, way too early departure time, this was “who the hell are you kidding with this darkness” kind of early.

I am NOT a morning person. Back in college, my best friend used to say, “Can you hear that shush-shush-shush behind me? That’s because I’m dragging ass.”

Yeah, it was that kind of morning.

So I dragged my tired legs up the stairs and through the ticket gates and back down the stairs to the platform and a reasonably sane looking guy (I say “reasonably sane” because sanity is all relative on public transportation) said to me, “Does this train go to San Francisco?” and I said yes.

He nodded and we stepped onto the train. I sat, he sat and we found ourselves facing each other. No matter, BART likes to play it fast and loose with the direction of the seats.

So we started rolling. Off we go. I got out my phone to listen to music and a book. I’m currently trying to read “Great Gatsby” again and making a poor go of it. I remember really liking it the last time I read it. Which would be high school. Anyhoo…

As the train not-so-gently rocked out of the station, I saw the reasonably sane guy eyeing me real weird. I glanced at him and smiled, trying to see what was going on. I surreptitiously touched my nose to see if any bats had escaped the cave, but it seemed clean. I looked at my shirt to see if I was wearing breakfast, no it was clean.

But the guy kept staring at me like he was mildly horrified. So I did what one should do in these situations on public transit: I ignored him.

At the next stop, the guy jumped up and moved about five rows away.

Four days into my new commute and I’ve already skeeved someone out. That must be some kind of record.

So then a couple stops later, another person got on the train and sat in the seat the last guy vacated. She seemed like a nice lady, if a bit Northern California granola. She also lasted just one stop with me before moving.

Four days into my new commute and I’ve skeeved out TWO people. I’m now a demi-god.

I texted The Good Man to see if he’d noticed I was giving off an aroma this morning and he confirmed that while maybe not fresh as a daisy (who has time to shower at 5am? Not me) I also wasn’t way stinky.

Well I have no idea what this is all about but I’m going to have to experiment with my new found power to repel. If only my powers could work on those I WANT to repel, that would really be worth something. 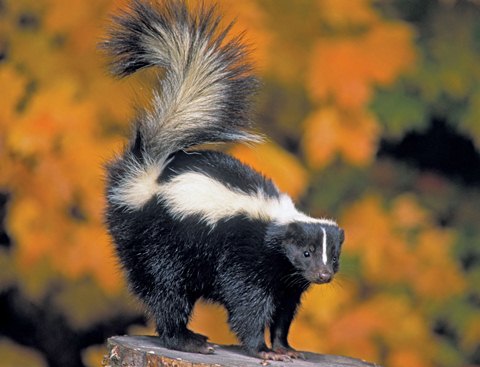