What do you get for the girl…

What do you get for the girl…

…who wandered away from home, and might be a little bit lost?

This weekend my best friend arrived, and it couldn’t have happened at a better time.

Lately, I’ve been, yes, a little bit lost. Been thrown off my center of gravity and unable to get myself back right.

The Good Man has been a champ in propping me up, rubbing my shoulders, sending me back out there for the fight.

I keep swinging. And keep getting knocked down.

Then that great gal I described last week, the one who has been in my court for twenty plus years shows up…back up troops, you might say.

And from her roller bag, she pulls out some completely unexpected presents for my belated birthday.

In the presents, she had this (pardon the iPhone photo fuzziness): 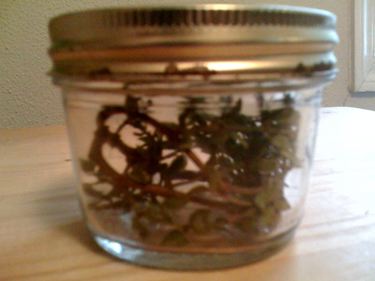 That gift was the idea of my two goddaughters (her kids).

At first I thought it was some sort of unknown-to-me spice. But I was wrong.

I opened. I inhaled.

Inside that little canning jar, hauled on a plane all the way from New Mexico, was a little sprig of creosote.

“Smells like home,” I said, and had to blink really fast so I didn’t dissolve into a huge puddle right there on the red couch.