Not the medical kind. The emotional kind. And, oddly, in this case related to medical personnel.

This morning I read this brief article in today’s ABQjournal: Hospital Officials: Prank Not Funny

My first thought was “I’ll bet it is.” I mean, really, office pranks are funny. And hey, a hospital is *prime* for good office comedy. Lots of ways you can go with that.

Well, in reading the article, I discovered the joke in question wasn’t actually all that funny, at least not to me. It probably was to the hospital workers who had put in a twelve hours shift and were punch drunk and silly. And generally an office prank arises out of people being 1) tired, 2) fed up and 3) both.

So these hospital folks were caught on the security camera putting a cartoon image of Stewie in the frame that had recently housed a photo of the Chief Operations Officer.

It might have been a loving, joking tribute to the employee who had moved on to other employment, likening him humorously to the baby bent on world domination. It might also have been an after-the-fact tacky comment on the nature of the hospital executive.

Either way, I don’t know and really, I don’t care. But I do think that the fact this made the newspaper and there is huffing and puffing from the powers that be at the hospital is sort of silly.

Office pranks are everywhere. I’ve done them. I’ve been a victim of them. Hell, I once aided and abetted my coworkers kidnapping a diminutive office mate and wrapping him tightly, still seated in his ergonomic office chair, in shrink-wrap plastic (except for his, you know, breathing areas). Round and round and round on the shrink wrap platform and we then rolled him over, green in the gills, to the pile of racks and equipment that were being moved to a new location.

Had the guy had no sense of humor, I suppose that HR wouldn’t have looked kindly on the prank. Huffing and puffing would have ensued. Turns out the guy has a great sense of humor, and our boss almost peed his pants laughing so hard.

What the hospital employees missed was a few vital keys to a good office prank: Timing. And know your audience.

Ooh, all this talk has me itching for a good interoffice prank. Sadly, my current crop of coworkers have NO sense of humor. The timing is good (the office is in shambles, we’re moving buildings) but the audience…not so much. 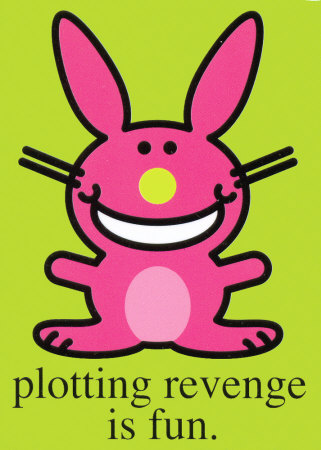