Back in March I talked about the Rosanne Cash album “The List,” a collection of songs culled from a list of 100 must-know songs crafted especially for Rosanne by her father.

That story and the resulting album became the inspiration for my best friend and I to endeavor to create our own list as a legacy for my two goddaughters.

Over the weekend, I had the chance to see Rosanne Cash perform live at the Uptown Theater in Napa, CA.

I’ve been a fan for a while and I think Rosanne is a massively accomplished songwriter. I love the heart and emotion she puts into every lyric.

I figured as a consummate musician, she would put on a great show. I was in no way prepared for how stunning seeing Rosanne perform live really was.

Her backing band, including her husband John Levanthal on guitar, was one of the tightest bands I’ve ever seen. I told The Good Man during the show “I know musicians who would kill somebody to get at her drummer.”

I’ve spent a lot of years in the company of musicians who struggled have a band that is tight and seamless. Rosanne has that in spades.

And talent too. She’s an amazing, emotional and powerful singer. Like any great musician, the sound seems to pour from her effortlessly. It takes a lot of work to make it look that easy.

Then, after putting on a show that brought the house down, Rosanne went to the lobby and signed autographs for her fans. I got her signature on my copy of her recent bestseller “Composed” and had a chance to tell her that my best friend and I are working on our own version of The List.

And when I awkwardly mentioned that her gorgeous song “Seven Year Ache” is on the list, Ms. Cash smiled and shook my hand.

What a powerful, beautiful, wonderful woman.

I am deeply inspired. 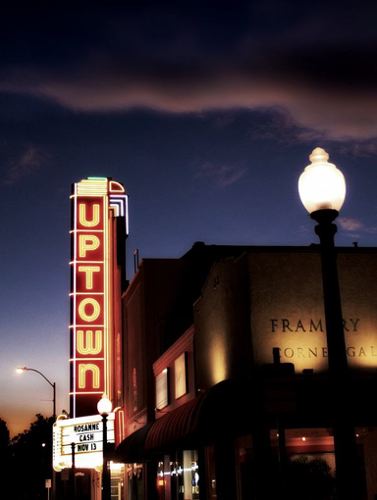 Photo by Karen Kristofferson, as posted on her @KarenKristo Twitter stream.