Time Has A Funny Way…

Time Has A Funny Way…

There is an episode of Futurama (oh god, I’m going to quote Futurama) called “How Hermes Requisitioned His Groove Back.” It happens to be my favorite Futurama episode ever.

The episode is an homage to the bureaucrat, which appeals to me in a weird and sadistic way. At one point, the head bureaucrat is inspecting the locker of Fry, the show’s ne’er do well.

The bureaucrat extracts a baseball cap from Fry’s locker, and says, “Why is there yogurt in this hat?”

Fry replies, “I can explain. See it used to be milk, and…well, time makes fools of us all!”

And here’s what’s got me thinking this way…

After being sick both in October and for the first two weeks of November, I have been unable to shake a powerful and chronic cough. The gasping, almost retching, cannot-catch-my-breath sort of cough.

After being commanded by both The Good Man and my coworkers, on Friday I went to see a doctor. She was convinced I had Whooping Cough until she noted on my chart that I’d had a tetanus shot earlier this year. These days a Whooping Cough booster comes along with a tetanus shot.

So, after ruling out Whooping Cough and giving my non-stop cough a good listen, my doctor has determined that I have developed “hypersensitive airways.”

In laymen’s terms this means I now have asthma. I’ve never had asthma a day in my life, but evidently you can develop this problem at any time. It’s not expected to become a permanent condition, and with medication, I should be able to recover.

My medication takes the form of an inhaler used four times a day, a regimen I’m not enjoying in the least, but I’m sticking to quite adamantly.

You see, this health issue comes with a heavy load of baggage. Like back the truck up, get a U-Haul, step aside, “damn that’s a lot of baggage” sort of heavy.

Almost six years ago, my father passed away from complications of pulmonary fibrosis. It is believed he obtained this condition from the inhalation of beryllium in the course of his career at Sandia Labs.

In the years before he passed away, I watched my father struggle to simply breathe. Just bringing enough oxygen to his scarred and battered lungs was a battle. It was heartrending.

I thought then, “your breath is nothing to take for granted.” But then time moved on. I went on about the matters of living my life. The lesson became less important.

This year when I got a winter cold, I got the resulting cough but I ignored it. I coughed my way through it and it went away, mostly.

Then I got sick again and it went right to my chest and set up home.

Right now, typing this, I breathe with a wheeze. I’m able to get air into my lungs, but it’s hard to breathe deep without dissolving into a coughing fit.

What my father had was a disease of the lungs. What I have is a temporary inflammation of my airways. It’s not the same, I know. But right now I kind of feel like time has made a fool of me.

I know better. Perhaps the lesson needed to be learned again.

Professor Time comes with a reminder: Breathing is nothing to take for granted. 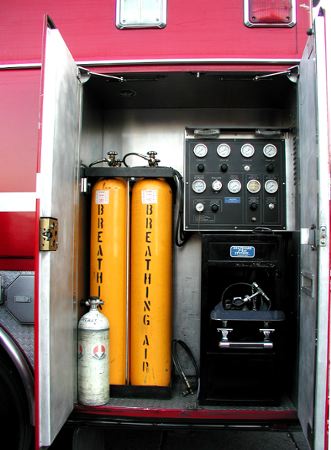 Photo by Maria Herrera and provided royalty free from stock.xchng.