Was out running errands at lunch and whippin’ my way back to the office after a successful jaunt.

Was on Highway 280, crusin’, and singing along to, I believe, Nelly, when I came around a blind curve to see a CHP pointing a gun at me.

Disconcerting to say the least.

I took leave of my senses. When I regained them, I realized it was a radar gun. Or actually lidar (uses laser instead of radio waves).

The good news is, that as I was cruisin’ and holding an in-car concert, I was following a mini-van. Meaning when I got clocked I was doing 65 mph, the legal speed limit.

But it took me a good ten minutes for my heart rate to settle back in. 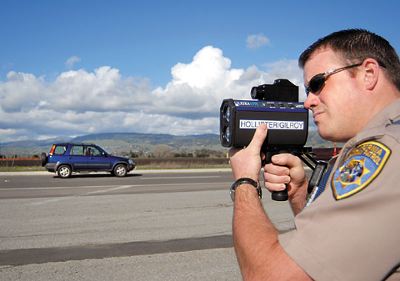