That’s not *supposed* to be funny

That’s not *supposed* to be funny

Was reading an article today in the online version of the San Francisco Chronicle, the SFGate with the headline of “Flushed jail items cause S.F. court flooding.”

The article talks about how inmates at the San Francisco Hall of Justice managed to flush two orange jumpsuits and a bed sheet down the toilet, thus causing a major backup of raw sewage into the courtrooms.

Workers got the mess cleaned up last night only to have it flood again in the morning.

Just. Ew. Talk about a crappy day at work.

Sorry. No really, I actually am sorry. I’ve been on a pun kick lately. But that’s not the funny part.

The funny part comes toward the end of the article.

“…the last major problem occurred in the mid-1990s and prompted the city to purchase grinders, known as ‘muffin monsters,’ that are installed on sewage pipes.”

How am I not supposed to laugh at that?

I immediately dashed into the other room to share my new phrase with The Good Man.

Thus proving once more that I am the intellectual equivalent of a twelve-year-old boy.

But come ON. Muffin monsters?

Ok, ok, they really exist and that’s really what the manufacturer calls them. 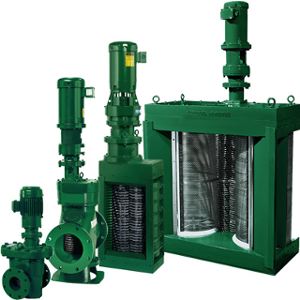 That’s all well and good, but I don’t care who you are, that’s still funny!