So…what did YOU do for the Fourth?

So…what did YOU do for the Fourth?

How was your holiday? Didja do something nice? Fun? Cool as heck?

Yeah, how did that bbqpoolkidsfamilymomanddadhotdogsfireworksinthebackyard turn out?

Good? Great, happy to hear it!

The day was mostly quiet. As the sun was setting, that’s when it got interesting.

The evening kicked off, well, here: 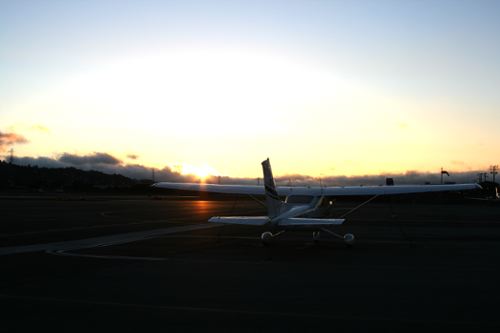 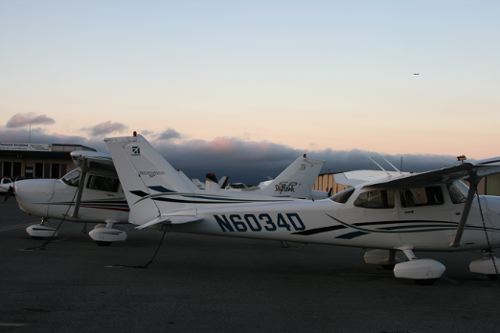 And those there are, uh, you know, your standard issue Cessna type aeroplanes.

See…our next-door neighbor is a pilot. He started in the military then had a career piloting the “vomit comet” for NASA.

So an offer was made to The Good Man and me…see, he’d rented a plane for the evening…wanna go see fireworks from up there?

Our original course was the big show in San Francisco.

However, San Francisco being what it is…this is what it looked like up there.

Gorgeous sunset. But miles and miles of fog. Not so swell for watching fireworks.

We headed down the peninsula, intent on taking in the fireworks near the much clearer San Jose, at the Great America amusement park.

Problem is, Great America is in the San Jose Airport airspace, and they don’t think weekend fireworks cruisers are all that interesting. Humorless, they are, as they keep busy landing and taking off a near steady stream of commercial airliners.

So we headed back up to mid-peninsula in took in the smaller shows in Redwood City and Foster City.

You ain’t never seen fireworks until you’ve seen them from up there.

Can’t offer much in the way of fireworks photos. Between it being dark and the motion of the plane, none turned out. But damn…it’s amazing to see!

Oh, and the ol’ “vomit comet” pilot showed us what just two G’s feels like (fighter pilots get up to 9).

Feels like getting out of the damn plane and walking around on the ground again, please!

Yeah, I’m pretty sure I had a cooler Fourth of July than you did….:)