It’s probably time I chime in on the whole spaceport tax issue currently stirring up trouble in Doña Ana county. I’ve been reading all the news for the past weeks and thinking about it a lot. It’s hard to say where I come down on this one….

Seems this is an “on the fence” issue when looking at voters as a whole. A lot of folks are vehemently against this new tax, and why not? Why should they, residents of a poverty state, pay more money in taxes so that one of the richest men in the world can live out some misplaced boyhood dream?

I’d like to think that this is a *good* idea for the State of New Mexico, bringing commercial space travel to the world, media attention to our fair state and dollars rolling in to our coffers. New Mexico has certainly always been on the forefront of space and research and I’d like to think that Sir Richard Branson has only the best ideas at heart for this project.

However, I just can’t buy into that.

Richard Branson is a controversial person, ranking on both the 100 Greatest Britons and the 100 Worst Britons lists. He is by all accounts an egomaniac and a cad but he is also a businessman, which by its very virtue means he is not looking out for the best interests of New Mexico on this venture, he’s looking out for the best interests of the bottom line. Which, as a businessperson myself, I’m not actually opposed to. But I am very clear in my own mind what this deal is all about.

In the end, if it’s not this venture it’s something else. New Mexico traditionalists (like me) are often very reluctant to see new growth in our state, especially growth that brings more people, more taxes and more headaches. This would fit the bill on all three counts.

I hate that the residents of the county have to pay for this in taxes, but as a now ten year resident of California, I’ve learned that usually that’s how things, big things like this, get done.

I honestly think that the group behind the spaceport has done a poor job of marketing this to the people who will actually foot the bill. I think with a little marketing spin, a little “what’s in it for me”, the tides could turn and voters might warm up to the cause.

In the end, the bill passed by a narrow margin. Progress marches on. I hope this whole venture will be worth it.

Despite my ongoing sadness at the loss of farm and ranchland in New Mexico and I know that development in Upham (which today is not much) and the area right at the spaceport means ranching families will sell out thus filling the pockets of the real estate elite (again)…but that’s another post for another day.

To think of the media attention this will bring to Hatch, that small town near Upham and situated right there on the road to the spaceport…

Wait! Does this mean the world will know our little secret about the most delectable foodstuff in the world? 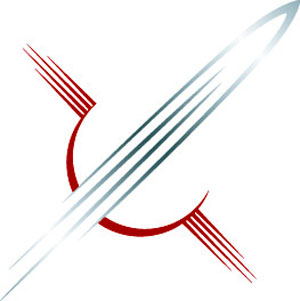