I’m So Pulling out my Textbooks

I’m So Pulling out my Textbooks

Back in 1890, they passed into law this little ol’ thing called the Sherman Anti-Trust Act.

From the wiki: “The purpose of the act was to oppose the combination of entities that could potentially harm competition, such as monopolies or cartels.”

Yes, this is a good thing. Boon to a free economy and such.

Well I’m ready to invoke that act on a little institution known as Getty Images.

If you look around the web and you see an image you like, look closer…odds are Getty already owns it. And don’t both trying to “borrow” it, Getty wants their money and they want it bad.

Oh, and they are large enough to bring a whole passel of lawyers along for the ride.

Getty owns most shots from any professional sporting event. Getty owns the photos of most individual players too.

Getty has hoovered up many of the great images on Flickr, too. In many cases, photographers *gladly* gave over rights to their photos in hopes of making a little money or at least getting a little exposure.

Ever visited iStockPhoto, a place where you can find a lot of for-pay great stock images? Getty.

You guessed it, Getty has booted the original team (ok, they probably received a nice sum for their time and trouble) and is now in charge.

I’ll betcha some cold hard cash that many of these formerly free images will no longer be free. In fact, I’d be willing to bet that stock.xchng will soon be blended entirely into iStockPhoto and s’long high quality royalty free photos.

I’m just a little personal blog. I don’t make big ad bucks. I make no bucks from my blog. I do it for the satisfaction. And oh so sorry, can’t pay for high quality photos with just my sense of satisfaction.

Photo below, found by searching “greedy” on stock.xchng. 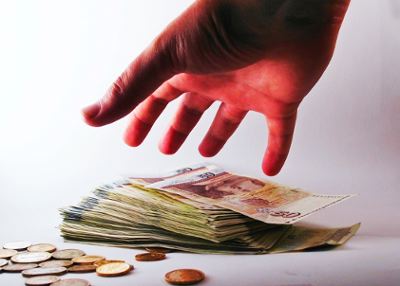 Photo by Svilen Milev and used royalty free (for the time being) from stock.xchng.