Getting My Geek On

Getting My Geek On

Well, I was so geeked out over the start of Spring Training, I thought he meant baseball players. Turns out he meant basketball.

First Base (and batting switch): Luke Skywalker. They guy can do yoga and is bendy. I need a guy who can stretch it out to grab the ball. He can “use the force” to figure out when a ball is coming hot down the line. Gotta keep it from rattling around in that weird right field corner at AT&T Park. 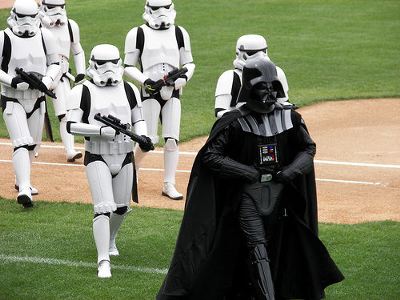