An online idea suggester came up with the idea that I should write a letter to the world. At first I said “bah!” and clicked away to look at something mildly funny on YouTube. Or maybe I played a nonsensical flash game. Can’t remember.

Turns out this idea kind of stuck to one of the many folds of my wrinkly brain, and I’ve been thinking on it a lot lately.

First of all, I should say, I’m a big fan of you, World. I mean…you’re so worldly. In a single moment you create life, bring death, facilitate anger, joy, sadness, depression, hunger and toothache. Inside your wide waistline, you encompass the tippy top of the Rocky Mountains, the endless blue bottom of the Mariana Trench. And cheeseburgers.

You’re a wonder. No doubt.

But it’s not just the continents and water; there are all of these people. ALL of these people. Whew. 6.7 billion of us little parasites are wandering around, riding this cosmic whirlygig hoping to have a good night’s sleep and enough money to feed our families and maybe a reason to smile once or twice day.

Lately it seems hard. Just the nature of living and standing with two feet on a planet spinning around 1,000 mph right at this very moment seems like it takes a whole lot of effort.

Take the news that my local area is all abuzz about: the rampant fights, brutal beatings and a shooting at a football stadium. A game! And people were shot fer crissakes! Which means people were packing heat to go to a goddamn football game to watch overly large men run around and bash into each other. Whiskey Tango Foxtrot? (<-- to borrow a phrase from Penn Jillette)

My friends in the UK tell me that hooliganism is a part of their favorite sport as well, and laugh at my naïveté. I’m sure the people in Lybia would look at me like was a cross eyed dodo bird for even contemplating this. They’d probably be happy if their daily dose of violence was limited to a sports stadium.

So maybe it’s just that I’ve been spoiled. Maybe I need to toughen up? Maybe my mom is right when she says I’m too sensitive. I mean, hell, I whimper when I have blood drawn.

I just don’t like that it has to be this way. I’ve seen communities where no one locks their house or car because there’s no need. Where if someone gets hurt, it’s a reason for the community to pull together not get blown apart with finger pointing and more anger.

Perhaps I long for something that can no longer exist when 6.7 billion of us are crawling around on top of each other trying to find the best wifi signal so we can flame someone on Facebook and snipe the last bid on eBay.

Don’t know what’s got me so melancholy. I did go see “Breakfast at Tiffanys” on the big screen this weekend. Maybe seeing something set in a more refined time seems better by comparison. Then again, was it so good? Women were still disregarded and the Civil Rights movement was well underway, but by no means resolved.

So maybe 1961 wasn’t any better than 2011. Which depresses me more. 50 years later and the problems are all different and all the same. There’s more of us. We’re meaner to each other. And in some ways we’re better too.

As M. Scott Peck wrote in the first line of the book The Road Less Traveled, “Life is difficult.”

I’ve always bridled at that notion. Why? Why does life have to be difficult?

A wise mentor asked me to read that book and asked me to embrace the concept that life is difficult. It was suggested I learn to find a way to flow with it and not try so hard to swim against it. Maybe life would actually be easier if I just accepted that life is and always will be difficult.

But swim, I still do. Maybe my sense of values and honor compass has gone all screwy, like a dolphin swimming too close to a submarine. I think I’m going the right way while in reality I’m getting ever more lost.

I don’t think it’s that much to ask that we could all live a life that was peaceful and full of joy. That we didn’t all have to worry about the stock market and random acts of violence, and countries either falling or failing.

I had a boss for a brief amount of time who, when I would present her with some work related issue that was worrying me, she’d simply tell me to “rise above it,” which was never very helpful. She was a terrible boss.

But maybe there is some wisdom there.

And sometimes that scares me.

Oh dear, my friend World, I think my letter has wandered off into the deep weeds. I hope I don’t encounter a rattle snake out here. Is that the road over there? I can’t recall. I think I have some lemonade in the Jeep. Want some?

Well, anyhow. I guess I’m grateful that you’ve given me all these years of riding on your back and you’ve given me enough matter in my brain bucket to have the luxury of thinking about such things.

There are some things I’d change if I was in charge. But mostly, I guess we do ok.

I am going to keep shaking my fists at people who steal parking spots and continue lamenting the jacked up state of healthcare. Some things are just too ingrained to pass up.

Thanks for listening. Let’s do this again soon, yeah? 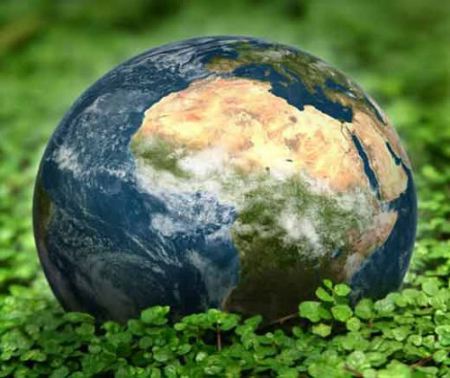