Is it wrong that this quote from an article in the San Francisco Chronicle brings me joy?

“…the Warriors, made it especially rewarding on a stirring Sunday night in Dallas. Throw in the sight of a petulant Mark Cuban, looking like a 10-year-old kid who just got his bike stolen — by a girl — and the Warriors’ return to the NBA playoffs was incomprehensibly sweet.”

Now, I’m not that much of a basketball fan but I am a *terrible* homer when it comes to Bay Area teams in the playoffs of any kind. Throw in the hard luck Golden State Warriors making their first playoff appearance in the better part of twenty years and in game one beating the number one seed AND making Mark Cuban look petulant and it all is just very, very good….

Also…our San Jose Sharks slipped into the second round of Stanley Cup playoff play. It’s all *too* delicious!

And my San Franciso Giants have actually won five in a row now. While not potential playoff material yet they are certainly showing some spark.

Added all together and hey, despite it being a Monday, things look pretty bright.

The reappearance of the sun doesn’t hurt either.

Happy Monday, folks. We can get through it all together! 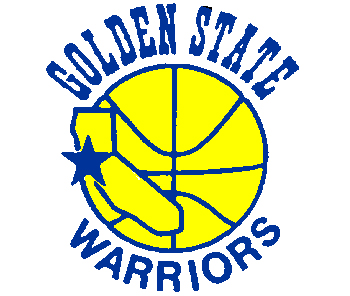