I’d meant to do a round up post on my thoughts and experiences from spending Thursday afternoon at MacWorld 2010.

This, the first year without the presence of Apple at the show.

But I pretty much summed it up on Twitter:

“Steve kicked the baby bird outta the nest and it ain’t flying. At all.”

The air is out of the show. I have been going to MacWorld shows as a feature of my employment since 1995. I’ve seen a lot of ’em.

I’m used to the buzz in the air all around Moscone Center. Even in Apple’s down years, there was a lot of energy in San Francisco surrounding the show.

It was the wondering, the excitement, the anticipation. What will be announced? Can I lay my hands on an iPhone (no, they just twirled in a tantalizing fashion in a glass case with security guards), what accessories can I buy. What cool 3rd party products will I see?

The surrounding streets were eerily calm. The San Francisco flagship Apple store, located within walking distance of the show, was no more busy than an average day.

Even the people running the booths at the expo were lacking energy.

What was once one of the most hotly anticipated shows in the tech geek world is now nothing more than a limp echo of what it once was.

End of an era, I suppose. 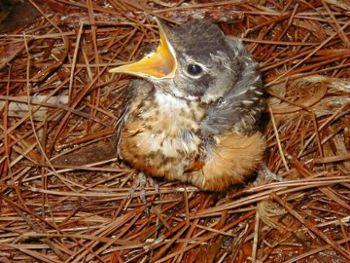