New Additions to Our Family

So, out of nowhere about a month ago, I decided I wanted to get a new pet.

I’ve no idea where this impulse came from. It just did. Considering that we can’t have any more fuzzy pets in the rental place where we live, it became clear that I had to go small.

Hmm. Trouble is, the only fish I’ve ever owned in my life was a goldfish from the New Mexico State Fair.

That one lived quite a while, by the by.

So this quest required some research. I looked for a fish that was easy to get set up and easy to care for. The answer was simple, a betta.

I spent hours going through the pages on bettatalk.com and I learned a lot. I made lists. I fretted. I thought about it a lot. And then yesterday, the waiting was over.

The Good Man and I went to the pet store.

And we came home with not one but two new fish friends!

Without further ado, may I introduce you to:

She is actually The Good Man’s fish. When we set out on our journey, we were just going to get one fish. But once we got to the store, The Good Man was so charmed by this inquisitive little girl, she had to come home with us.

I’m charmed by her too, actually.

So heck, easy solution. We decided to get two fishes and let them live in their own tanks side-by-side.

Margaret is a pretty little fish and she’s happy to have interaction and already recognizes us. She’s not eating a whole lot yet so we’re hoping she’s still just a little shocky from the move and will be feeling right soon.

So named because of his vibrant blue eyes. He has all of the looks and none of the charm of Sinatra.

As you can see in his photo, Frank is a bit of a stalker. He stares at Margaret.

In a creepy mouth breathing way.

He’d totally send her inappropriate messages on Facebook if he was a human. Instead he just stares. A lot.

So we’ve got them set up in their respective tanks and they are doing (*coff-coff*) swimmingly.

As for the existing member of our pet family…. 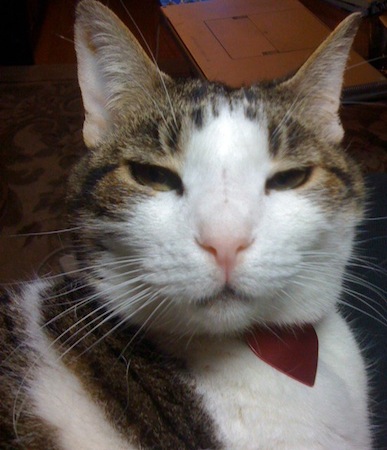 The feline is sort of not amused by these new items taking our attention.

Thankfully, she doesn’t try to attack them. She just watches, shrugs, and walks away.

I suppose all will settle down in the house soon.

And The Good Man and I are learning a lot about how to care for these new friends.

I never thought I’d be a fish person, but here I am, all enamored of my fish.

Now THAT is a handsome face! 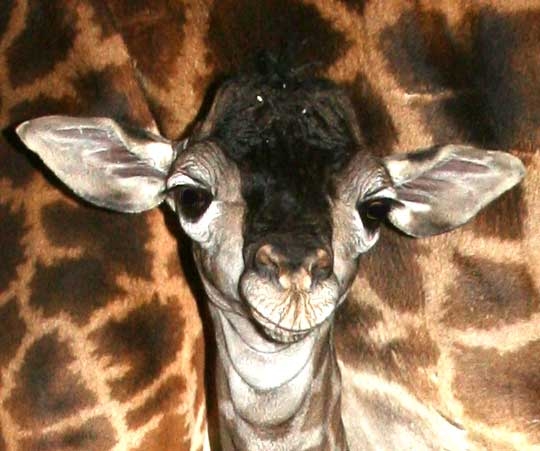