So…a couple years back, looking for something easy and sort of trashy to read, I stumbled across some online hubbub about that Twilight book series.

Ya know, I do love tween/teen fiction. I mean, I read every Harry Potter through to the end. The Golden Compass series too.

So I ordered the first three books in the Twilight series (the fourth wasn’t out yet) from the library and I read ’em through.

Well, I read the first two all the way through. The third, I stopped about halfway through and returned it to the library. I was done. So done. Completely, utterly, oh my god why did I read this, can’t unread what I’ve read, d-o-n-e, done.

Oh the angst! The agony! The yearning!

Fine, sure. I imagine the perspective of a 40 year old married woman and a giddy hormonal teen girl are, indeed, rather different.

But I got *pissed off* at the “I can’t be with you” aspect of it. And the “you deserve better” bullsheet.

Ok look, I’ve dated a few men in my time. My thing wasn’t vampires, like Bella. It was cowboys. Beautiful and amazing and soul sucking in their own way.

I’ve had MORE than my fair share of guys who come on all strong, wooed me along, then gave me the “you are too good for me” line. Or the “I’m too dedicated to my work/life/horse/truck/school to be with you.”

Or the “you shouldn’t be with a guy like me.”

It is ALL a form of utter, unadulterated bullsh*t.

Ya like me, ya wanna be with me? Be with me. Ya like me but wanna like a whooole lotta other girls too? Well, sack up about it!

And so in this book, oooh here is this poor *suffering* vampire who can’t be with the girl (cuz he wants to kill her), but then he CAN be with the girl, but I can’t! Yes I can!

No, I break up with you!

But I can’t liiiive without you.

Bella, sista, run. Don’t walk. Run. Find a nice dependable guy (and not that Jacob dude who ends up naked in the woods. That’s just…weird) and get on with your life.

Yeah. I might have had a sort of personal, visceral reaction to the story based on things that might have little to do with the story.

So, utter fool that I am, ya wanna know what I did? Well, I’ve been hearing all this mess about the new Twilight movie opening up. I thought…hell, why not. Maybe the movie versions are better.

I finally watched the first movie in the series, Twilight.

I’ll say this, the screenwriters did a fine job of adapting the book. Really. They stayed very true to the story and visually it’s very well done.

And when I first saw a photo of Robert Pattinson, I thought “yeah, ok! He really looks the part of Edward. Perfect!”

But his acting! My god, son! I realize that Edward is all cold (literally) and sullen and austere and a bunch of other things that make him squinch up and be overly emo and serious and stuff.

But dude. Are you even in there? Was your preparation for this role to just go limp and then stand in front of a camera? Have some presence, man!

And then the whole push-pull, yes-no thing got me all worked up again, too.

And now I’m just stalking around being irritable.

If you are the sort of person who loves this whole Twilight thing, good on ya. Believe me, I understand. Enjoy your team Edward/Jacob tug of war. Enjoy that moody monster. Really. I bid you no ill will!

Me. I need a brain cleanser. I cannot believe I watched that.

Now if you’ll excuse me, I’m going to squirt scrubbing bubbles in both ears and wait for this memory to fade like mold from my shower stall. 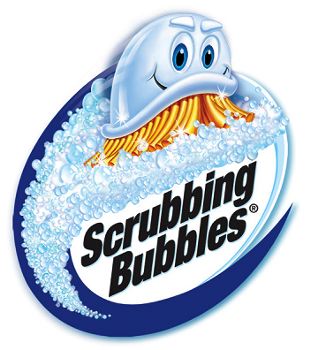