What Are The Odds?

Over the course of the past six months, I have had occasion to be on twelve different airplanes.

To my utter surprise, eleven of those twelve plane rides have gone off without a hitch. No mechanical failures. Nothing more than slight delays. Only a bit of notable turbulence over the North Pacific and also over Iceland. But even that was quite tolerable.

And then there came ol’ number twelve.

It had to happen sometime, right?

My day started in the dark hours of a foggy Alabama morning. I rose before the sun, packed my bag and climbed into the rental car. It was time to go home.

I had worried about a lot of the day. I had to drive the 75 miles or so back into Atlanta with commute time traffic. Atlanta is one of the busiest airports in the world so I fretted over planes being on time. And then there is the morass of the security process. It had taken almost an hour to get through SFO security on the way out so who knew was ATL would be like.

Turns out all of that worry was for naught. The drive in was easy. Turning in the rental car a breeze. There was a bit of a line at security but even that was no problem.

My biggest issue was that I had allotted so much time that I was ridiculously early to the airport.

So I had some breakfast, eggs and sausage hold the grits please, and I idly shopped the stores. I sat around a while too and even that was fine.

That big ol’ jet plane arrived right on time and in due course I was called to step onboard.

My seat wasn’t the best situation, I was in that first row at the plane door which meant every person who walked by took a chunk of my long limbs with them. I’m rather fond of my knees so I found myself hugging them to me to protect their little caps from further contusions. This made me cranky.

Soon enough the flight attendant was locking that door and running through the safety briefing required for takeoff.

She said at one point, “in the event of an emergency, which totally won’t happen, there will be lights along the aisle way leading you to exits.”

I thought it a bold statement. I should have known right then…she was calling down the Baseball Gods.

You know the Baseball Gods, those mythical entities that require you don’t speak of a no-hitter while it is in progress. The fickle hands of fate that will school you if you utter things like “when we win the division…”

And the baseball gods that occasionally smite a plane of passengers when our lead flight attendant says things like “in the event of an emergency, which totally won’t happen…”

We were buckled in and cleared for takeoff. We taxied down the runway and took our place in line. There was one plane ahead of us and we were next. As the plane rolled, a man in the row behind me shouted, “we need help here! Get someone, we need help!”

The man seated at the window of that row was having a rather severe seizure. To his great fortune, the man seated next to me is a neurologist and there was also an anesthesiologist on the plane. These two doctors hopped into action and assisted the man through the worst of it.

Out of respect for the gentleman who suffered the seizure, I’ll keep all the gory details to myself, but I’m not going to lie, it was scary as hell.

The pilot was called and we had to step out of line and return to the gates where a group of EMTs waited. These EMTs were top notch, and they got the man stable and they got him off the plane.

Then there was the aftermath. The paperwork. The clean up. The “what the hell do we do now?”

All of the airline staff kept saying to each other “I’m just so glad this happened on the ground and not in the air.”

Eventually the airline got it all sorted out and the lead flight attendant commanded us to sit and buckle in. It was time to go.

We taxied out again to the runway and the passengers were quiet and tense. We took off and the wheels went up and other than the lady at the window in my row having a broken tray table and the bathroom running out of toilet paper, there were no more mishaps on that flight.

The pilot must have put the spurs to it because the flight was only maybe an hour late getting to SFO, and that’s not bad. Probably helped that prior to the emergency, we were due for a really early arrival (the jet stream must have been taking a smoke break yesterday).

And so…eleven out of twelve is a 91.6% chance of a flawless flight, which are damn fine odds as far as I’m concerned. I’d place a Vegas bet on that in a heartbeat.

I think what’s actually more amazing to me is the eleven flights that went off without a hitch. I’ve always considered getting on a plane to be something of a crap shoot. A little Google search advises that the odds of winning in craps is about 50%. So yeah, 91.6% is a far better bet.

As of this moment, there are no more plane rides scheduled for the rest of the year. Knock on wood and touch a lucky rabbit’s foot and with all due deference to the Baseball Gods.

I think I’m ready to stay on the ground for a while. 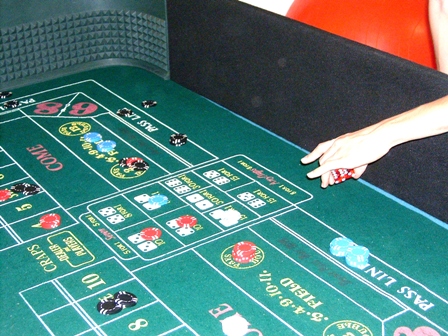 Photo by Jesse Clark and used royalty free from stock.xchng