Yeah, Well You Give Music a Bad Name

Yeah, Well You Give Music a Bad Name

Let’s start with the background, a blurb from the entertainment section of my local newspaper.

—————————
Jon Bon Jovi has taken aim at Apple co-founder Steve Jobs, accusing him of “killing” the music industry with iTunes.

The rocker is saddened that children no longer enjoy the “magical” experience of buying records in a store because of the ease of downloading individual tracks onto an iPod.

And he lays the blame for the generational shift in music-buying at the feet of technology mogul Jobs.

Bon Jovi tells The Sunday Times Magazine, “Kids today have missed the whole experience of putting the headphones on, turning it up to 10, holding the jacket, closing their eyes and getting lost in an album; and the beauty of taking your allowance money and making a decision based on the jacket, not knowing what the record sounded like, and looking at a couple of still pictures and imagining it.

“God, it was a magical, magical time. I hate to sound like an old man now, but I am, and you mark my words, in a generation from now people are going to say: ‘What happened?’ Steve Jobs is personally responsible for killing the music business.”

In my best Dan Aykroyd Chase imitation, circa Saturday Night Live’s “Weekend Update” in the ’70’s…

Ok, so let’s say I’m on board with you recalling that “magical” time where one could buy an album and have NO idea, other than the photos on the jacket, what you were getting.

Let’s just agree that era was “good” for the sake of argument.

Might I just ask you if you remember something called a cassette tape? Well that sure took the shine off a vinyl album, now didn’t it?

Now…do you remember something called a cassette single?

They were pretty popular back in that crazy era called the nineteen eighties. Do you remember the eighties?

I think music buyers back then realized the value in buying only the songs they like and not having to suffer through an entire album of songs they don’t like.

Or more succinctly, having to pay for an entire album of songs they don’t like.

People might listen to MORE music if they get a chance to listen first and decide what suits their tastes.

Oh, and Jon, dearheart, perhaps all those years of bleaching your hair frizzled your brain….

Because do you remember Napster? Yeah? People were sampling single songs and downloading only what they wanted in the 1990’s…WAY before iTunes.

Do you remember that the music business was on the ropes back in the late 1990’s? The industry was talking about not making as many albums and not backing as many acts because they were not making enough money. The model, the one you wax rhapsodic about, didn’t work. That model, your ideas of “good” is what killed the music industry.

Do you know what singlehandedly saved the goddamn music industry?

By legitimizing what Napster was already doing and putting it into a reasonable for pay model, at least artists are getting SOMETHING for all those downloads of their music.

No, not good enough for you. You want me to suffer through some freaking navel gazing Bon Jovi “concept album.”

Let me tell you a story. Back in the day, I took my hard earned money to a record store that used to be located on the corner of San Mateo and Menaul in Albuquerque.

That store was called Sound Warehouse, and I *loved* that record store. When I got my fresh new driver’s license at age 16, I’d drive myself there to spend my hard earned waitress wages on the music that would make me happy.

That year, everyone was chattering about this band called U2. They’d just released a very popular album called “The Joshua Tree.”

Yeah. I hemmed at hawed in the aisles of Sound Warehouse because I wasn’t sure I wanted to buy that album (on cassette tape). First of all, it was about three dollars more expensive than the other popular albums of the time.

But it was more than that…Something about it didn’t feel right. I looked at the cover, and it didn’t move me.

I talked to a store employee who assured me “yeah, it’s great.”

It would have been so AWESOME if I’d been able to sample a couple of the tunes and then I would have known….

…That I consider that album to be one of the most egregious and self-indulgent piles of crap that the music industry has ever produced.

I’m sure many U2 fans will think I’ve lost my mind, but I’m serious. I HATE THAT ALBUM and I’ve resented that I lost my money on that thing ever since.

I’m not sure how, dear, dear Jon, you can arrive at the conclusion that iTunes killed the music business.

Perhaps it just killed YOUR business because people have the chance listen to your drivel and realize is sucks long before dropping a single dime on an album.

I mean, who could forget such classics as:

“Shot through the heart/and you’re to blame/darlin’ you give love a bad name.” 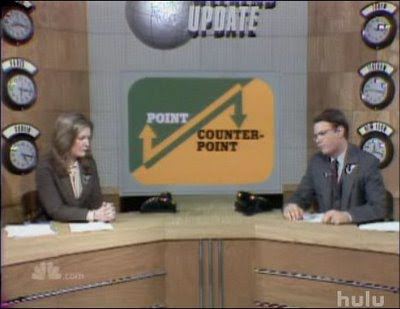