On this post-holiday rainy day, I reserve the right to be melancholy.

I heard this great story on NPR.

You may not realize how pompous I think the people are who quote NPR. Now here I am committing the crime I rail against.

The story was of a musician named Shawn Camp who had a record set for release back in the year 1994.

Through a series of events, the record was shelved until recently. Camp met the new studio head at Reprise who gave Camp’s record a fresh listen and it was finally released in September of this year.

What’s got me going here, got me writing a whole blog post about this story, is one of Camp’s songs that they played on the air.

It was a beautifully written song about being at the funeral of his grandfather. For some reason, the words reminded me of the incredibly sad funeral I attended back in August.

Despite the passing of four months, I find I still grieve for my friend. I guess there’s still something left to grieve, because lately he’s been showing up in my dreams.

Listening to Shawn Camp’s song reminded me of a dream I had just last night.

It was me, and my friend, and we were dancing. Just a simple two-step, nothing fancy, but we danced and he was whole and healthy and grinning from ear to ear.

My best friend was there too, and before I was even done, she got the next dance with him. The three of us laughed like it was, well, 1994, and it was good.

Now, this dream was particularly odd because in real life, my friend wasn’t much of a dancer. Oh, he was long legged and tall, a perfect partner. But he had a farmer’s sensibilities and didn’t dance that much. He could, and did, but it wasn’t something he did a lot.

But there in my dream we danced. When I woke up, I remembered seeing my friend’s body laid out there in a casket inside the El Paso First Baptist Church.

The old Southern saying is “now, don’t he look natural?”

No, he didn’t look natural. In my dream smiling and laughing and giving me seventeen kinds of heck…that was natural.

I’ve always been pretty glad that at the end of the line for my dad, one afternoon when my mom had run into town for errands, my dad and I had a talk. It was uncomfortable and weird, but in that talk, a lot of things were said that needed to be said. I can happily say I have no unresolved issues there.

But with my dear friend, I have something unresolved. It niggles at the corners of my mind and sits on my chest when I have another dream in which he plays a cameo. I owed him an apology. I’d planned to deliver that apology when he came home from the surgery from which he never returned.

Perhaps in dreams I can find the way to lay my issues to rest, to lay down the burden I carry around, to feel at peace with the loss of my friend.

Or maybe we can just dance and forget about I’m sorries.

After my best friend is done (which may take awhile), I got the next waltz. 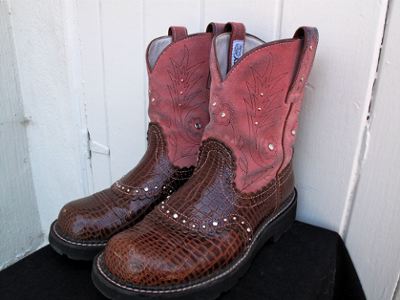 Cuz these Fat Babies were made for dancing