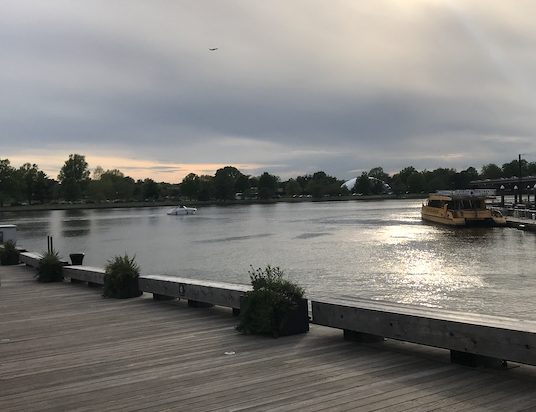 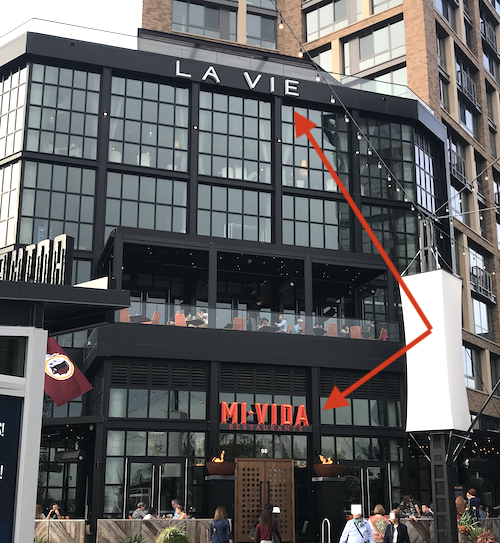 The year was 1998. I was a young professional, new to California, and working for a big company. The big company had just merged with another big company and the employees of neither company seemed to be happy about it.

There was a lot of rabble rabble about how we needed to do a better job partnering. How we should act like one company. The leadership wanted to take two companies, each with their own very strong corporate culture, and smash them together fast.

Phone calls were had. Terse emails were exchanged. And then leadership had an idea, as leadership tends to do.

Each site from both companies (we each had a lot of locations) were tasked to send an employee to visit the new headquarters. We were going to have a “team building” event. (I use the scare quotes purposefully, as they convey more than my words could do)

Being young and dumb and not smart enough to move faster when leadership wants to force a volunteer, I was designated to travel to represent our site. In hindsight, sending someone so green was probably a good way to show HQ just how much our site wasn’t going to play ball. But fine, okay. I’m not bad at making friends and I like to travel, so load up!

Headquarters was located in Virginia, so this girl from the west was handed a plane ticket headed east. My travel plans worked out where I had a day there on my own, and my hotel was located right by a Metro station, so lo and behold, I found my way on board and took my first trip into Washington D.C.

Washington D.C., capitol of these United States, home to an overwhelming number of things I’d read about in history books in school. After a short Metro ride, I found myself on the National Mall with eyes wide and a full day head.

The Ken Starr report had just been released, so there was a weird tension in the air. Every now and again, one or several black Suburbans with blacked out windows came hurtling up the streets with police escort. There were questions about things the leadership of our country did or did not do, and it was a weird time to be in D.C. But there I was.

I walked from one end of the Mall to the other. I started at the Lincoln Memorial and made my way uphill. For obvious reasons I couldn’t get near the Capitol Building, but got closer than I thought I would.

I saw a painting that I would never forget at the National Gallery of Art, saw the actual Star Spangled Banner at the Smithsonian, looked at buildings, statues, and items that I never imagined seeing all the while feeling very patriotic.

I enjoyed my time in D.C., but I also felt very out of place. I tend not to follow politics much and my memory for history is pretty terrible, so I felt like I stuck out like a hayseed. After a full day, I headed back to my hotel after a fun tourist day thinking that D.C. ain’t my kind of town, and I ain’t D.C.’s kind of girl anyway.

And that was that. Over the last two decades I’ve availed myself of Dulles Airport several times, as it’s a decent stop on the way to and from Europe, but haven’t spent any more time in D.C. itself.

All that changes next week as my job for a much smaller company has decided to send me eastward for training in support of my new job role.

I had thought this training was going to be a casual event, exchanging ideas, best practices, whatnot. Turns out it’s kind of a big deal and a VIP is scheduled to attend the event to give a talk. So yeah. New Mexico by way of California is going to D.C., and this time I get to stay at a hotel inside the Beltway, right in the heart of town.

This is happening just after yet another report is being released tomorrow with questions about some things the leadership of our country did or did not do. So that’s an odd parallel. A decade apart and politicians are still (allegedly) behaving badly. (no comment)

On this trip, however, I have a guide. A fixer. An inside person. One of my coworkers is also going to the training, and she used to live there. Used to work right where we’re going to be staying, and knows her way around. She’s originally from Texas, but we forgive such things. She’s promised to take me to her favorite restaurant for what she claims is a good local bourbon.

And suddenly Washington D.C. seems a lot more like my kind of town.

Speaking of New Mexican’s in Washington D.C., here is a boost to Silver City native and fellow New Mexico expat Avelino Maestas. Hit that Instagram link to take a look at his gorgeous photography in and around Baltimore and surrounding areas. 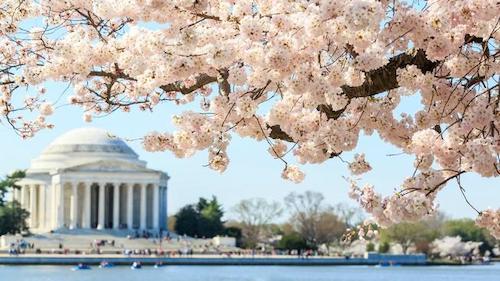 Though I will be staying near here, I think I have missed D.C.’s legendary cherry blossom explosion