Let’s Have A Brainstorming Session

It is the biography of NASA Astronaut Mike Mullane, and it’s a pretty damn good book, not just because it’s about a kid who was raised in New Mexico (though many, many bonus points for that!), but because Mullane gets down to the nitty gritty details about what it was like to ride NASA’s Space Shuttle on three separate occasions.

Add to all of that, I personally think “Riding Rockets” is a fantastic title.

Which got me thinking…if I was going to write up the story of my life so far, what in the blazes would I call such a tome?

Tell you what…let’s brainstorm together, shall we?

Here we go…let me clear my mind…remember no idea is too outrageous, all have merit.

If Loving Cheese is Wrong, I Don’t Want to Be Right: My Life from Velveeta to Camembert

Decision Points: Red or Green? (<== honestly, doesn't that truly sum up my life?)

Ain’t Got Sense Enough To Come In Out of The Rain: My life, and other things my father said

It’s 10:00am and I Already Ate My Lunch: The trials and tribulations of a perpetually hungry girl

Nina Karen: Wisdom of the Ages (<== I can include the time I let my toddler aged goddaughter grab onto an electric fence. Great moments of godparenting...)

I’m From New Mexico: You don’t look like you’re Mexican, so Find A Map @#$&hole

Mommy, Why Does California Act That Way: A New Mexican’s tales of living in the craziest state in the union

Whoops!: One woman’s life of “excuse me” for inappropriate bodily noises

The Audacity of Taking the Last Piece of Pie: One woman’s quest to become a better wife, except when there’s pie involved

I’ll keep working on it…. 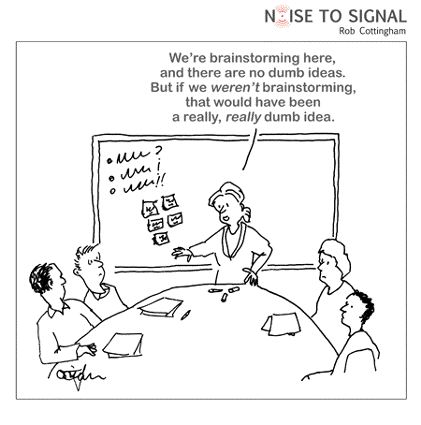 Cartoon from Noise to Signal by Rob Cottingham

I Don’t Even Recognize Myself Anymore

I have a confession to make.

It’s too horrible to mention, though it must be said out loud. Perhaps an open discussion will take the stigma out of it.

I’ve got the Christmas spirit and I don’t know why.

This is a perplexing condition. Usually I’m very, very cranky from about November 15ish until about January 3ish.

I hate the music. Hate the cheesey decorations. Hate the whole hubbub.

For reasons I cannot explain, every once in a while, I get the spirit. I *want* to celebrate the season. I have a burning desire to decorate. I hum Christmas carols. I plan out gift lists and actually, *gasp*, send holiday cards out.

It’s an illness for which there is no cure.

It’s been about three years since I had this affliction. I cannot explain why it hit me so hard this year, but here it is with all its screaming tinsel and shouting jingle bells.

Halloween snuck up on me out of nowhere. Thanksgiving arrived and caught me unawares.

But Christmas? Nope. I’ve got my catcher’s mitt on and I’m waiting for ya!

I even…well, I did a bad thing yesterday. 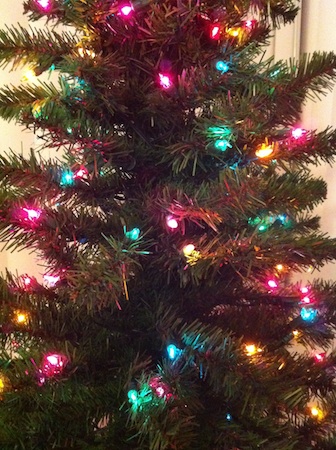 I know! Don’t look at me…I’m so ashamed.

At least it’s not decorated yet.

But that’s only because…

No, it’s too terrible to speak.

There are no ornaments on my tree yet because….

Because I’m MAKING THEM ALL THIS YEAR!!!!

Photo by Karen Fayeth, taken with my iPhone 4

Thanks for all the movies, all the fun and all the laughs. 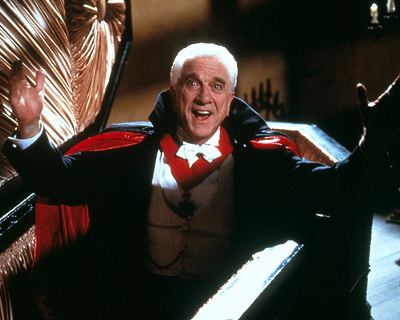 To celebrate the holiday, I present to you a doodle from my marker board at work.

I was on a *really* long conference call. It was boring. I got distracted. 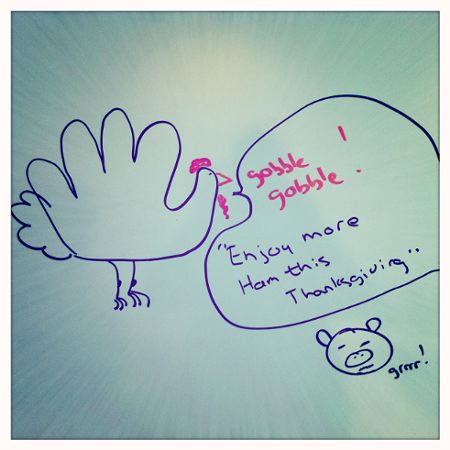 May you and yours have a fabulous, gluttonous day!

Photo taken by Karen Fayeth with an iPhone 4 and the Hipstamatic app.

Yesterday, early in the morning, I had my weekly one on one with the boss.

He’s in the US this week, so it was nice to have a face to face meeting. I have such respect and yes, I’ll say it, affection for my boss. He’s amazing.

I had a long list of items to discuss, and we jumped right into the fray.

It was a good meeting, much cussed, much discussed. Decisions made. Strategy set.

When I’d exhausted my list of items, I said to Boss Man, “so, do you have anything for me?”

He said he did. There were a couple small items. “No problem, boss, I’m on it.”

He continued,”Also, I wanted to let you know that I’m going to put you on a development plan.”

Then the world went molasses on me.

My hearing slowed down. My head swam.

I’ve been a manager for a long time. Development plan is a cute little Human Resources euphemism for “You suck, we’re trying to fire you, but we have to do a ‘development plan’ first to document what a toad you are.”

What had I done? In four months I already blew this gig?

Sure, I was a little blunt with that supplier, but damn, they suck at invoicing! And ok, I might have made a joke in a serious meeting, but that’s just my way. Everyone seemed to appreciate the moment of levity! And fine, I might have been late to work a few times this week, but that’s mainly because I was on seven in the morning calls with India, and I took them from home.

I’m not a perfect employee! But damnit! I work hard and my intentions are right!

While the edges of my eyes went wavy, and I tried to figure out where exactly I’d screwed the pooch, I noticed my boss was still talking.

“And so we’ll be working on this over the next month. Being new, you may not know that development plans are only offered to our top performers, so be aware that not all of your coworkers will be doing this same activity.”

Oh. I see. “Development plan” as used at *this* company is a good thing.

(And then I almost cried….but I held it in. A girl crying at work is sooooo uncool.) 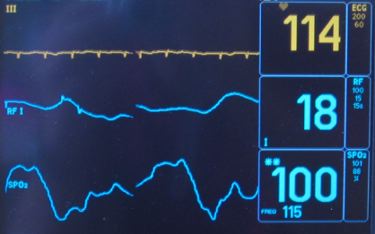